Arrival of the Gospel Exhibition 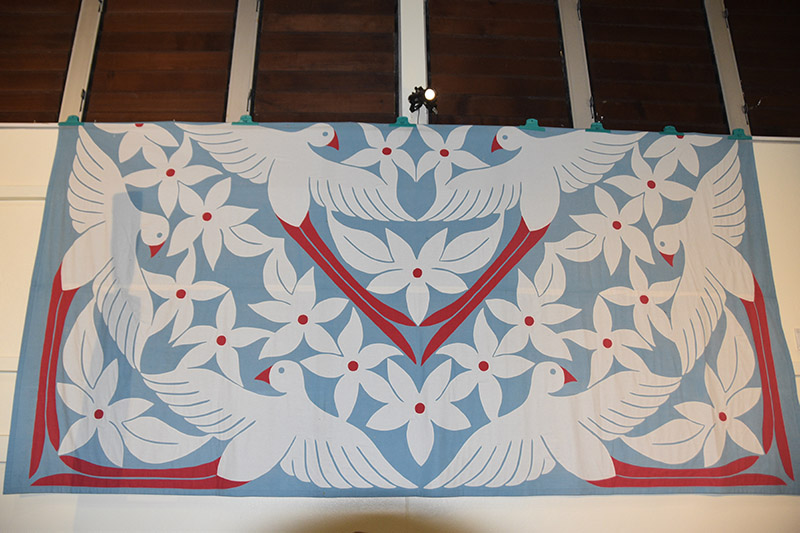 This Tivaivai o te ‘Au is currently on display at the National Museum. It was gifted to the Cook Islands Government in 1992 during the Festival of Arts, made by the Women’s Federation. 21101110.

Te Tama ‘Ūā a Te Ui Ariki - The Gospel - The Adopted Child of the High Chiefs exhibition is on display at the Ministry of Culture Museum.

The exhibition captures the various accounts of when the missionaries arrived to our shores in 1821 - bringing with them the word of the Gospel - the arrival of Christianity to our shores.

Chief Librarian Justina Nicholas said when the London Missionary Society missionaries arrived, they quickly uprooted the old animistic worship of tribal gods and idols, their success in the Cook Islands swifter than in the Marquesas and Society Islands.

John Williams thought smart, he had focused on using converted Polynesians like Papeiha, Vahapata and Tiberio among others to spread the Gospel in the Cook Islands.

Although the early missionaries insisted on long dresses for the women and trousers for the men, they did encourage traditional singing - known as the Imene Tuki which is unique to the Cook Islands.

The exhibition runs until the end of this month.