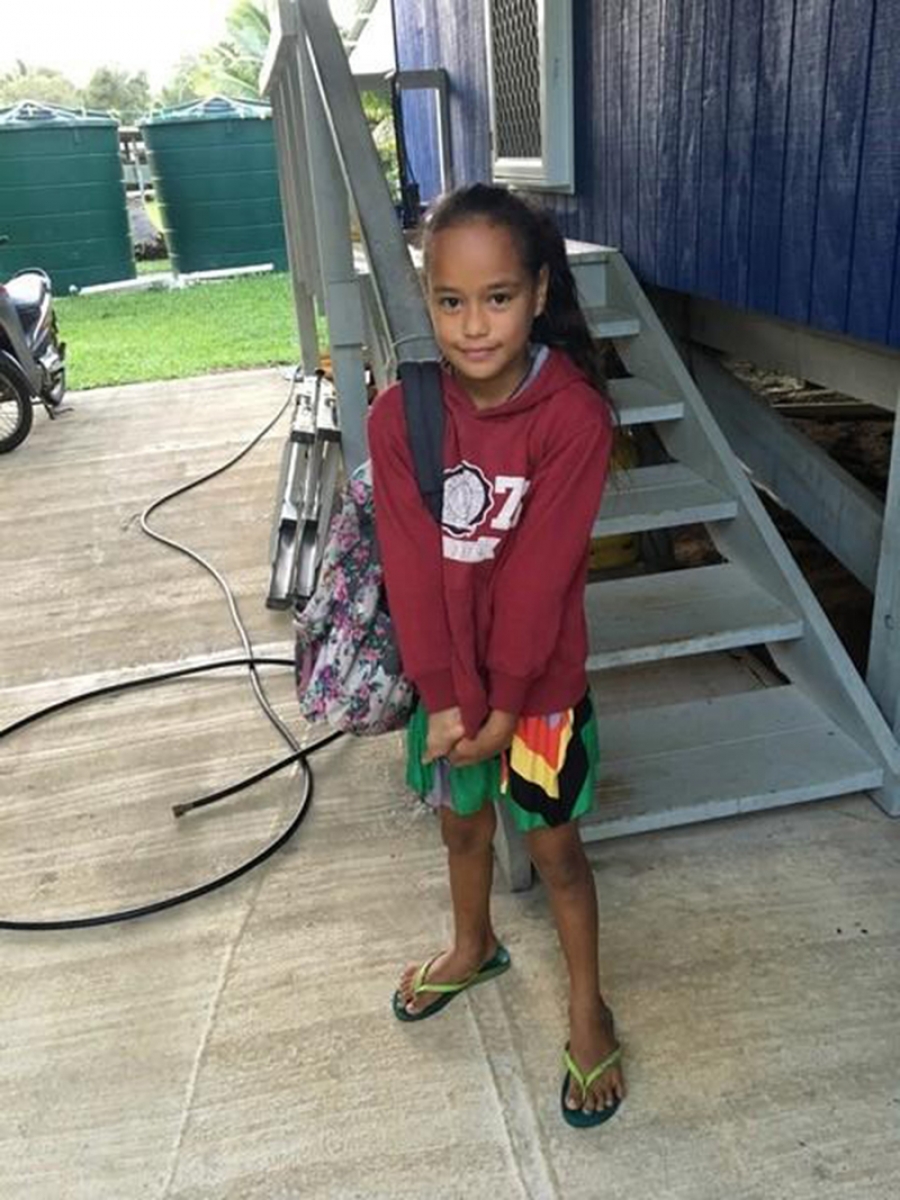 Aitutaki girl Ngatupuna Raela has been released from US custody and is being flown home to her family, via New Zealand.

A nine-year-old Cook Islands girl was last night being flown home to her family, despite the angry criticisms of the man who took her out of the country.

Ngatupuna Raela of Aitutaki has been detained in the United States for the past two weeks, after United States immigration authorities removed her from the care of family friend Marc Pearce.

Puna’s family say they just want her home. Her frustrated mother, Ngatuaine Raela, told the Cook Islands News she had not received any confirmation as to when her little girl would get home, but knew that Puna was arriving in New Zealand.

Pearce is a US national who had become close to Puna’s family while living next door to them on Aitutaki. He had previously taken her older siblings with him on holiday to the States.

He couldn't find a US guardianship document so he used a Canadian one, signed by Puna's parents and stamped at the High Court of the Cook Islands.

But when he flew her to Los Angeles, authorities became concerned and took her into detention – despite his protestations that he had her parents’ blessing.

In an interview with the Cook Islands News, Pearce questions the failure of New Zealand and Cook Islands authorities to intervene and get the girl released from Southwest Key, a facility for unaccompanied immigrant minors.

But it is understood the two governments have been in intensive negotiations behind the scenes – and yesterday they secured her release. She was believed to be flying from Los Angeles to New Zealand overnight, in the care of New Zealand diplomatic staff.

New Zealand High Commissioner to the Cook Islands Tessa Te Mata said she could not disclose any details, but did confirm the New Zealand and Cook Islands governments were working closely together to get the little girl home.

The reasons American authorities intervened on May 26 and removed Puna from Pearce are not known. Pearce says he has not at any stage been interviewed by US law enforcement agencies, or given any explanation.

He was upset that no reasons had been given to him, he said, and no information had been forthcoming from authorities.

“What has the NZ and Cook Islands government done?” he asked.

He said he had emailed, called, had kept trying, but learned nothing. He had only been told “security reasons”.

Pearce said Puna was arriving in New Zealand today. She must then make the trip back to the Cook Islands, and ultimately Aitutaki.

Pearce had stayed in touch with the Raela’s parents and they were all concerned, he said.

In an interview with Radio NZ, he said: “They held me for 11-and-a-half hours and escorted me out of the goddamn terminal and told me they were keeping Puna for her own welfare and security. Now that little girl has been in a s**thole minors’ camp for 12 to 14 days – and that was for her security?”