Aitutaki children turn up in large numbers to get jabbed 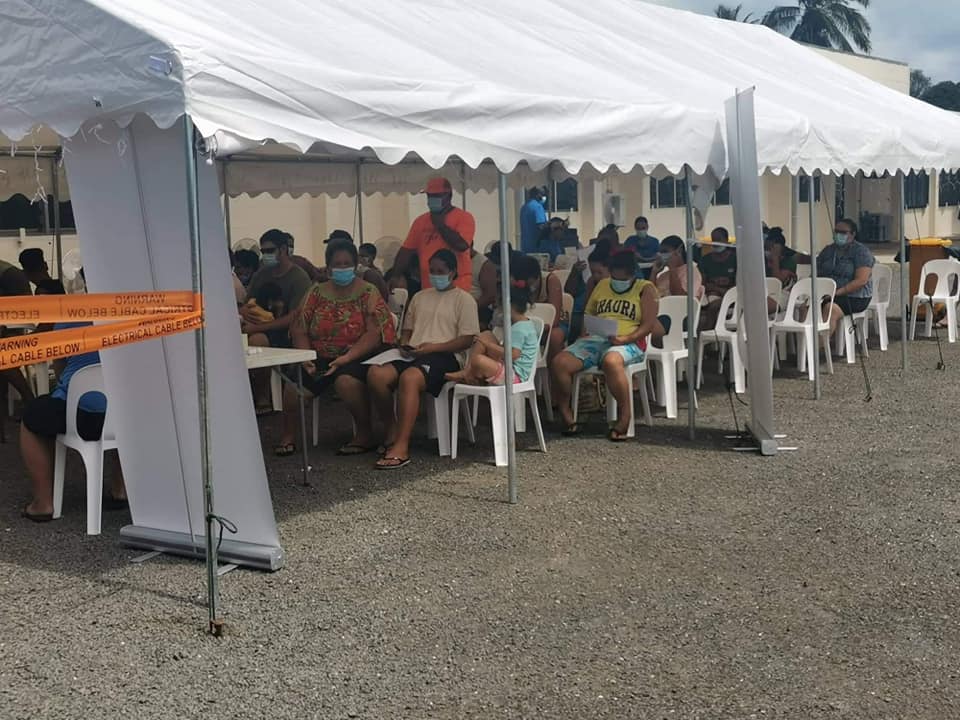 Youth aged 12 to 15 in Aitutaki received their first dose of the Covid-19 Pfizer vaccine on Friday.

Te Marae Ora Ministry of Health spokesperson Jaewynn McKay, who is on the island, said well before kick-off, children were running around the hospital ground waiting for their first shot.

“Within the first hour, there were over 100 12-15-year-olds with their parents and caregivers either waiting to get their first vaccination or in the recovery tent having had it,” McKay said.

“There was also a reasonable number of adults waiting for their vaccinations shots too.”

At around midday, she said the car park was busy and buses were on its way to the vaccination site.

In Rarotonga, where vaccination for children between 12 to 15 years started, 86 per cent of the eligible youth population were vaccinated – 665 children.

Also receiving their first dose of the Pfizer vaccine in Rarotonga were 228 adult residents who missed out in the earlier rollout. Sixty adult residents received their second dose.