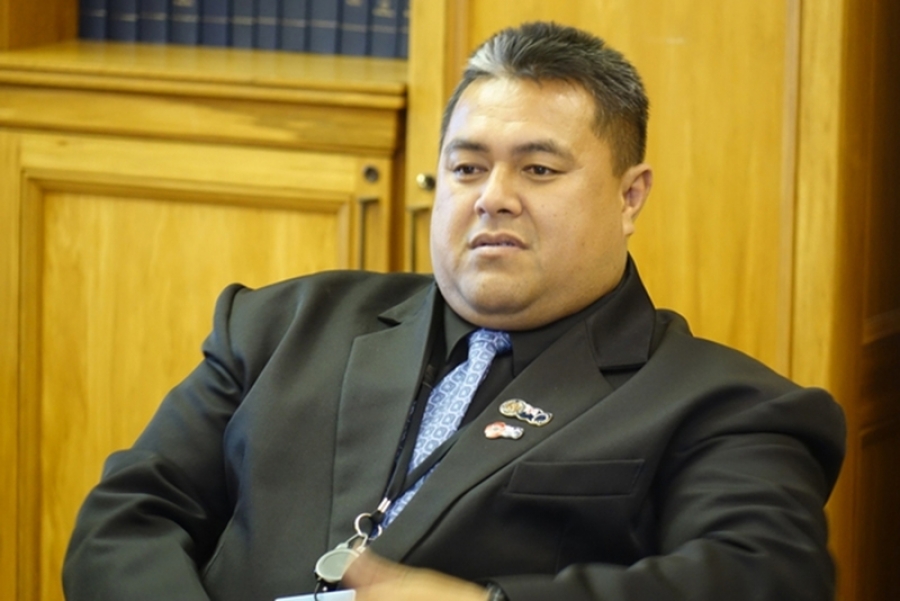 THE government appointment of a “seventh minister” is nothing more than a Cook Islands Party strategy to stay in power, says the Opposition.

Ousted Rakahanga MP Toka Hagai has been earmarked for the new non-voting ministerial position. He is expected to take up the portfolio of the fisheries ministry, held by prime minister Henry Puna.

Hagai will be sworn in as the seventh minister if he is cleared of the “treating” allegation that has been investigated by police, under an electoral appeal.

But in Parliament, Ngatangiia MP Tamaiva Tuavera said the appointment was a “political whim” and hugely unfair to the taxpayers who were lumbered with extra cost.

The prime minister disagreed, saying the MP was making a remark that needed to be proven.

“He is saying the appointment of a seventh minister is to allow the current government to stay in office,” Puna retorted. “I want him to prove how that can be done and what he means by that statement.”

MP Tuavera said he was just curious – because the government was refusing to say who the seventh minister would be. Yet there was a Budget allocation to fund this “ghost position”, he added.

A group lobbying for political reform had challenged the integrity of the current government, Tuavera added, saying it was failing to deliver democracy for the Cook Islands people.

Deputy prime minister Mark Brown also hit back at Tuavera, saying his claim it was a government move to retain power was “just total fabrication and totally incorrect”.

The law stated they could appoint a seventh minister with the full power and authority of a minister, who may also sit in Parliament. However this minister would not have any voting power.

“This position of the seventh minister was created over 20 years ago and I think approved by the Democratic Party government,” Brown said.

“And from what I read, it was created with the expectation that Cabinet could add someone to their rank to provide more strength and rigour. In fact the principle behind the seventh minister was somebody who has strong finance or business qualification or background.

“The implication was Cabinet ministers were not strong in these areas – in fact the implication was they were dumb and they needed somebody clever to be appointed as a seventh minister. And it sounded very patronising when I read through that.”

Brown said the challenges now for Cabinet ministers compared to 20 years ago have increased and the appointment of a seventh minister was merely to share the workload they currently face.

“Therefore the opportunity to appoint a seventh minister is fully justified. It is fully justified and it’s fully legal. Twenty years ago the people in power put this into law to allow the appointment of a seventh minster with the expectation it would be utilised in future years. That’s what this government is doing, we are following the law and putting in place provision for the appointment of a seventh minister. Nothing more, nothing less.”