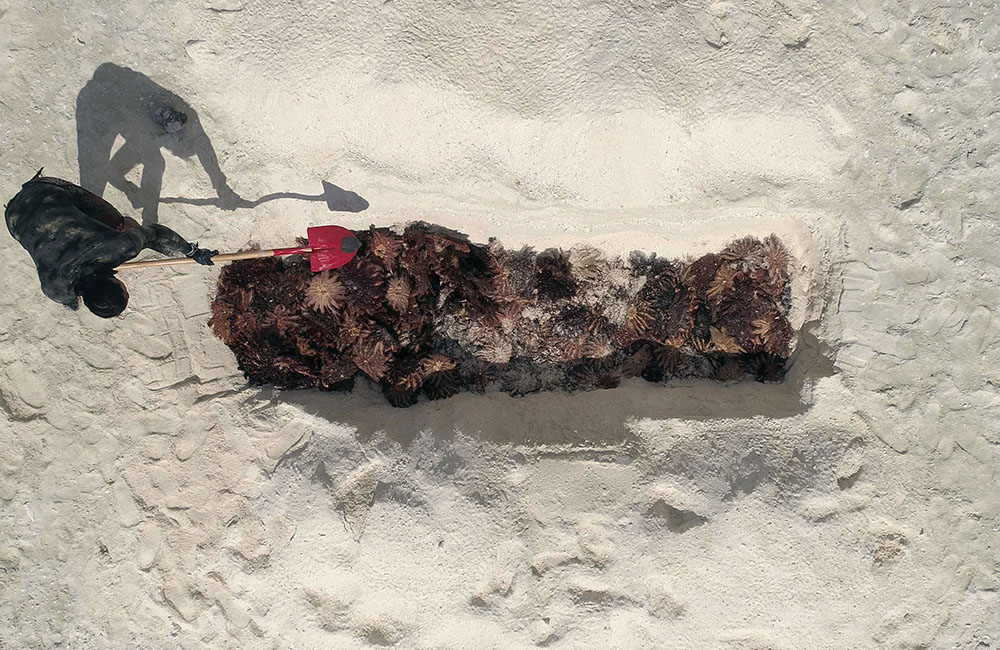 A team of Ministry of Marine Resources (MMR) employees, volunteer freedivers and a representative from the Proprietors of Manuae Incorporated (PMI) has just returned from a crown-of-thorns starfish (taramea) removal expedition to the uninhabited island of Manuae.

Results from surveys in March indicated outbreak densities of taramea along specific stretches of forereef.

On this return trip, the team focused their removal efforts in these high density areas, clearing every taramea they could find. In total, the team removed 1259 in three days of diving.

In a statement, Marine scientist Kirby Morejohn said: “This work wouldn’t have been possible without such a well-oiled team. We had some of the best freedivers in the country – honestly, you’d be hard pressed to find a better group of freedivers anywhere in the world.”

“And the divers were supported by Richard Story, our master boat captain, and Tara Tshan-Toi who volunteered to be our camp chef. The work these two provided was greatly appreciated and allowed the dive team to work all day long.”

Taramea are a native species on Cook Islands’ reefs, but every now and then occur in alarming numbers. These starfish eat corals, removing living tissue and leaving bone-white coral skeletons behind.

Large outbreaks of taramea can cause damage to the reef that is equivalent to that of a cyclone. It is important that taramea predators such as humphead wrasse (maratea), triton trumpet snails (pu) and the star pufferfish (‘ue) are left on the reefs to help control taramea populations.