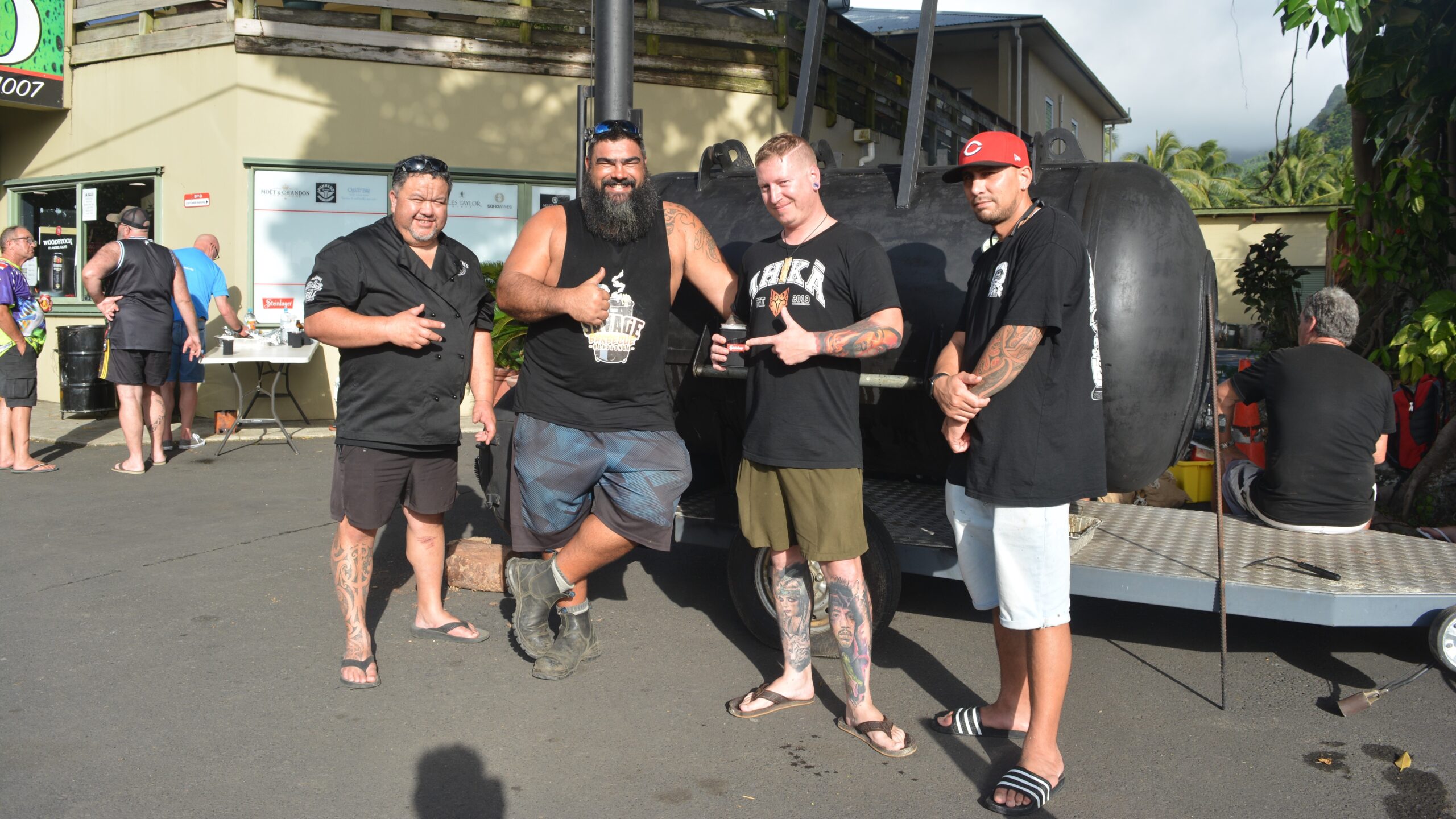 A group of barbecue enthusiasts have met to pair meat with bourbon.

The  Monday event was part of the larger Raro Fire and Food festival which is in partnership with Cook Islands Tourism. The festival is an extension of the Barbecue Pitmasters Competition held last year.

Festival organiser Tom Mcdonald said the tasting at the Bond Store on Rarotonga was to showcase what could be done with barbecue food.

“Obviously some people think barbecue is just throwing something on a gas hotplate but obviously it’s something different, so it’s good for them to come down and give it a try.”

Mcdonald said it was also an opportunity for people to meet special New Zealand guests who have come down for the festival which started on Saturday.

“These guys have travelled to come and see us and help spread the word of barbecue and help show case what might be in store Saturday with different meats.”

One New Zealand guest is Stefan Apiata, better known to his social media followers as Stef the Maori.

“I started off just doing cooking videos for fun and it took off pretty quickly,” Apiata said.

Apiata started with open fire cooking but now mainly focuses on barbecue. He will be one of the judges in the Barbecue Pitmasters Competition which is the finale festival event.

Head Judge from the New Zealand BBQ Alliance, Greg Hart will also be judging the event.

Hart said barbecue competitions are getting “bigger and bigger” all the time in New Zealand.

“Back home in New Zealand where I live, prior to me coming home and cooking brisket for eight, 10- hours they were so used to just boiling the hell out of it in a pot.”