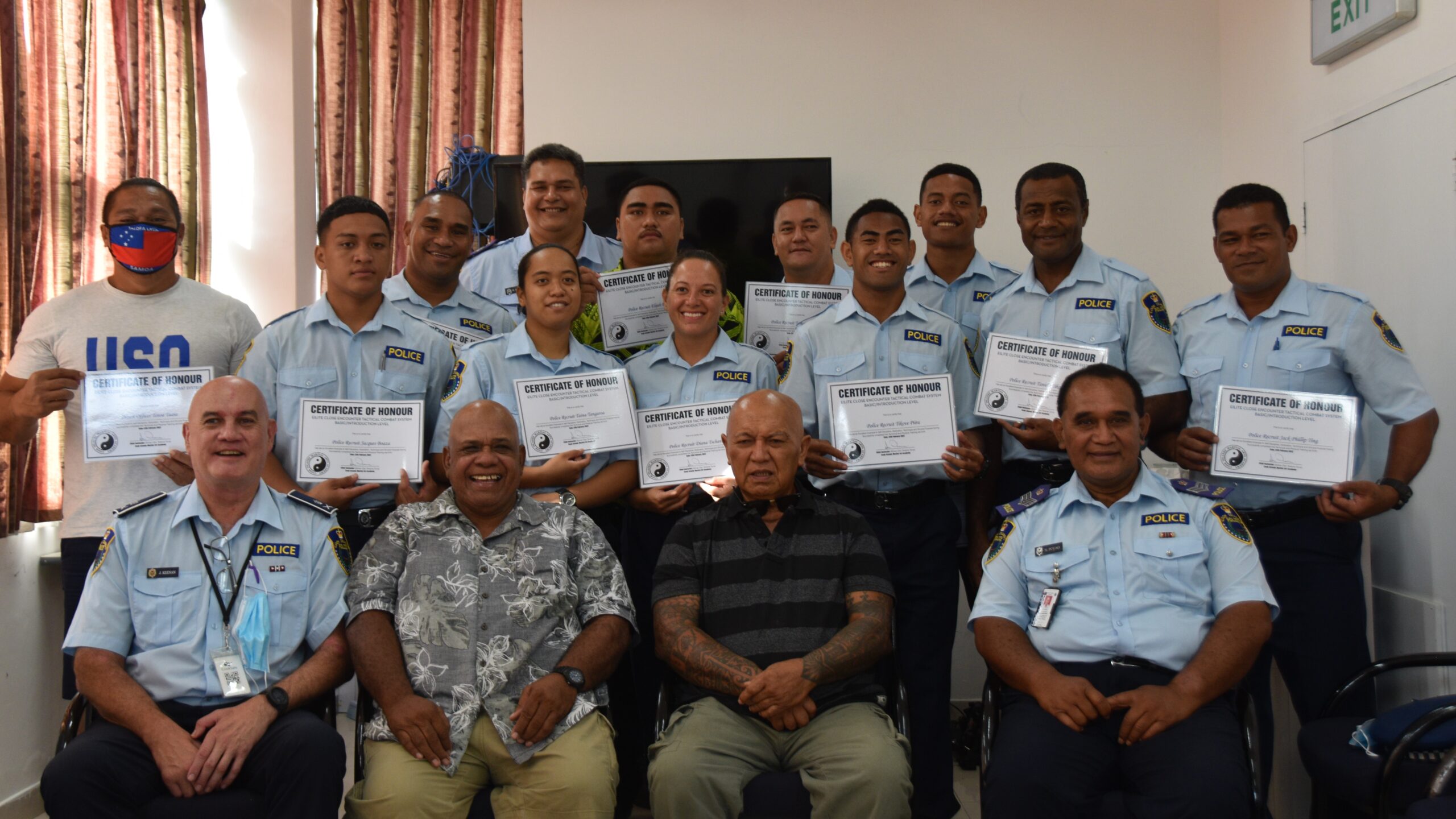 New police recruits have had a taste of elite close encounter technical combat system classes as they prepare to hit the streets.

Ten recruits have completed an intense one-week training programme in which Dan Turua of the Cook Islands Martial Arts Academy took them through the basics of self-defence.

In an historic first for the service, non-Cook Islands nationals were enlisted in the latest recruitment in December.

Three of the ten recruits are Fijian, two of which have previous police experience - the group is set to graduate on March 4.

Police CommissionerJames Keenan addressed the group at Police Headquarters on Tuesday following a short ceremony in which they received certificates on completion of basic close encounter training.

“This whole programme is to give you tools to cope with what you will see on the street.

“It’s not always about confrontation but de-escalation, don’t put your safety at risk.”

Recruit Diana Tschan said combat training had taught her to keep herself and other parties safe.

“It’s been awesome,” she said of the three-month recruitment training.

“It’s a bit sad because we will all be put in to different units after we graduate.”

Tschan said she is studying law and criminology alongside her paid employment.

She noted her three “Fijian brothers” who are set to graduate alongside her.

“It is really significant for the Cook Islands as it is the first time.”