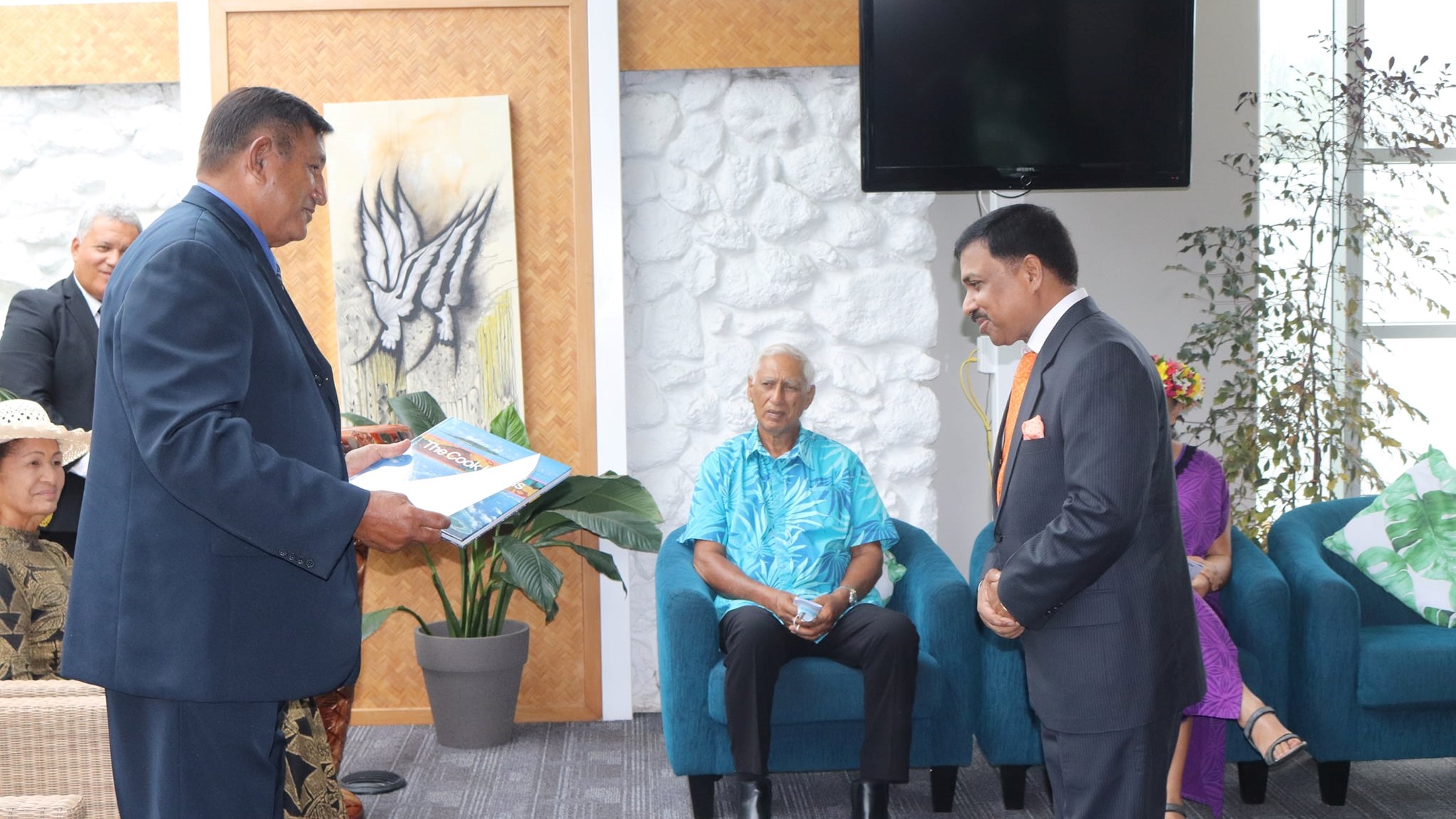 India’s High Commissioner to the Cook Islands Muktesh Pardeshi is in Rarotonga this week to present his letters of credence and talk future co-operation with the Government.

A career diplomat, High Commissioner Pardeshi is resident in Wellington and cross-credited to New Zealand, Samoa, Niue, Vanuatu and as of yesterday morning, the Cook Islands.

This year marks 24 years since the establishment of diplomatic relations between the two countries. Pardeshi met with Secretary of Foreign Affairs and Immigration Tepaeru Herrmann yesterday morning.

In a statement, Herrmann said: “Our collaboration with India to date has focused on technology particularly through the Centre of Excellence in Information Technology (CEIT - housed at the University of the South Pacific (USP) campus on Rarotonga) and transformative grass roots social and economic investment.”

“Looking to the future, we see scope for further co-operation in information technology, creative industries (including film and digital economy), agriculture, health and trade and in multilateral fora such as the World Health Organization (WHO) the International Maritime Organization (IMO) and others where we have collaborated fruitfully for a number of years now.”

A hallmark of Cook Islands-India bilateral cooperation, the CEIT, established in 2018, is a joint collaboration between the two governments that provides specialised training programmes in the fields of Information Communication and Technology (ICT). CEIT have in recent years delivered more than 10 programmes in country, graduating over 100 Cook Islands residents in the areas of network security, cyber forensics, office automation, business computing and advanced web technologies.

Through the India Grant Fund, India has pledged $569,000 towards various community-based education, health, water, sports and waste management initiatives to be delivered in the forward months with project implementation oversight to be provided by the Ministry of Finance and Economic Management Development Coordination Division (DCD).

At present, some 30 citizens of India contribute to the Cook Islands economy and a further 100 or so citizens of Fiji of Indian descent are employed in the hospitality, ICT, financial services and transport sectors.
During his visit, High Commissioner Pardeshi will also meet with Prime Minister and Minister of Foreign Affairs Mark Brown, Minister of Education Mac Mokoroa and senior Government officials from Agriculture, Transport and DCD. He will also meet with Indian nationals during this week’s visit.