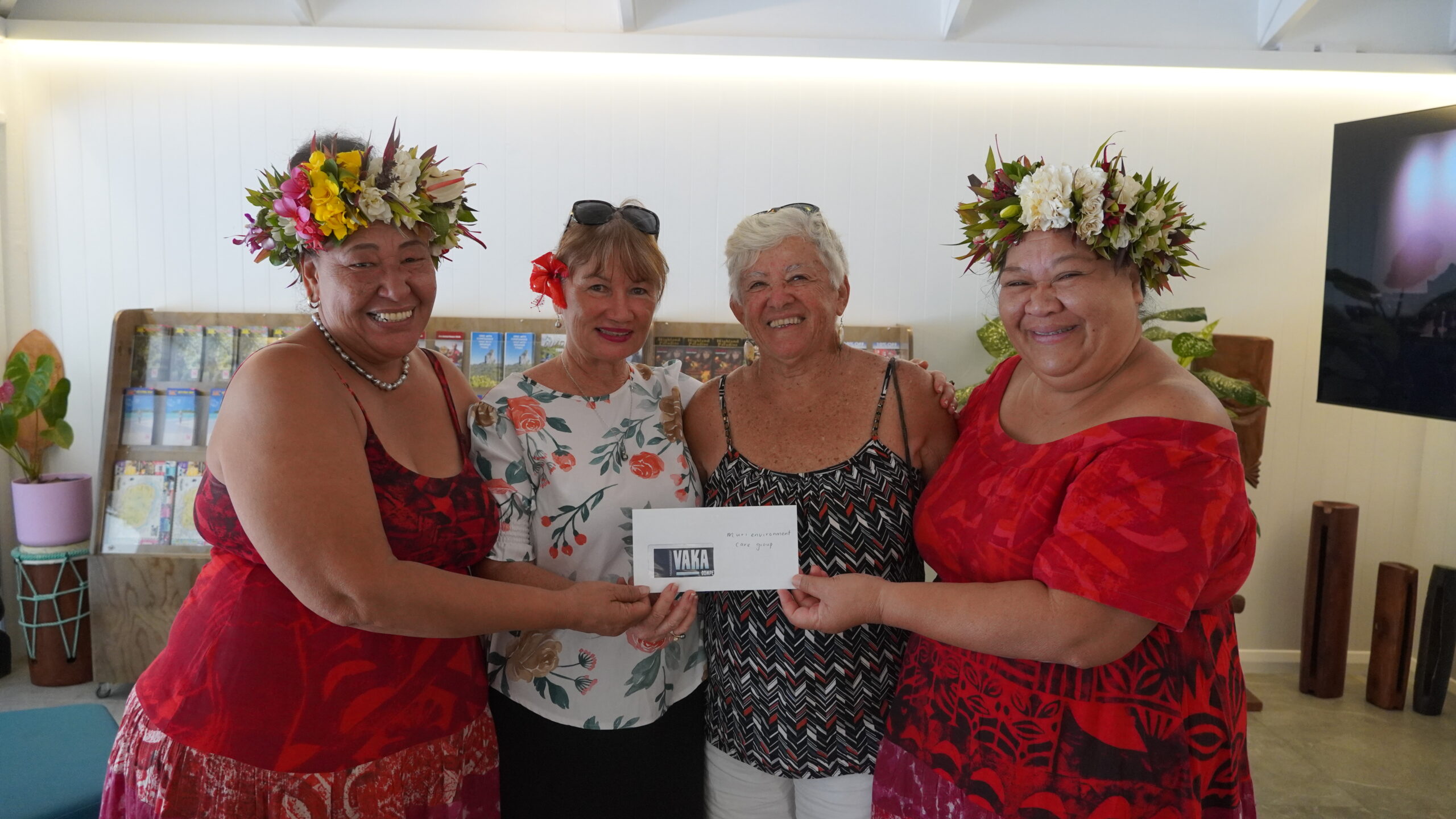 Cook Islands Tourism has celebrated its 20th round of the Vaka Pride Awards on Tuesday, distributing $11,000 across three different categories as a part of their community-based initiative to give back to the community.

The prizemoney was distributed amongst three different categories to deserving members of the community who have gone above and beyond to make the community a better place.

The first category rewarded contractors who have gone above their contracts to do projects they wouldn’t usually get paid for. In this category nine different villages were awarded $750 each.

The second category aimed to reward those who were leading initiatives which revived traditions and culture.

The three nominees for this award were the Muri Environment Care Group, the Trevally Group, both who have been leading projects to care for the state of Muri lagoon, and the Takitumu Conservation area who are leading an eradication programme for pests such as rats.

Anne Tierney who received the award for the Muri Environment Care Group alongside Mii Kauvai, said: “We’re very happy to receive this award. The Muri community has worked constantly on the riparian planting as a unit of business and residents. It’s great to see it going from strength to strength!”

Tierney shared that the prizemoney they received will be invested in tools and equipment for the organisation’s current setup project of a native nursery to support riparian and coastal areas.

She added that the location courtesy of Pa Marie Ariki, behind the Palace at Ngatangiia, had made it easy for the local community to volunteer at. “We’re so grateful for this generosity as we see the area slowly coming alive.”

Alex Olah, who received the award on behalf of the Cook Islands Voyaging Society, said that it was really awesome to be one of the recipients.

“I didn’t realise that the programme had been going for a while but it’s really good to be included and recognised for our contribution,” Olah said.

He added that one of the main things that might have influenced them being considered for the award and nominated was their “ongoing passion to engage all our mapu to get them into voyaging”.

Niroa Kamana, who is part of the Vaka Pride committee, said Cook Islands Tourism was extremely happy to have completed the 20th round of these awards.

“The overall aim of the Vaka Pride is to reward those communities, individuals and groups who are doing continuously well within our community. It's our community initiative based programme where we like to give back to our community.”