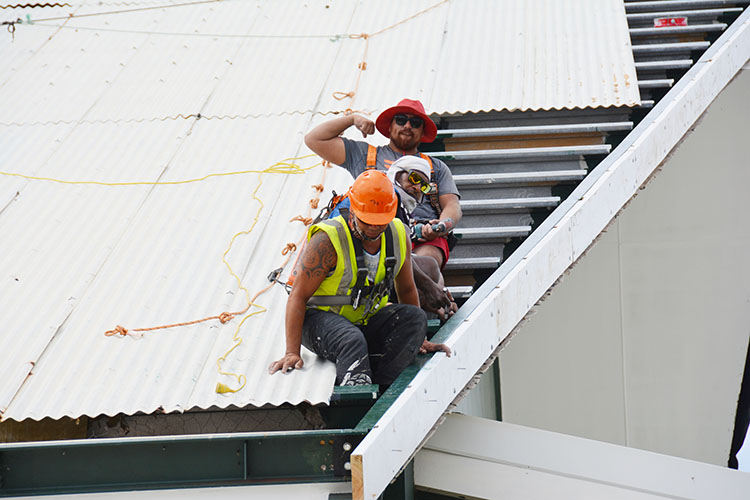 A construction worker poses for a picture while renovating the rooftops of the National Auditorium yesterday. LOSIEREN LACANIVALU / 21030212

The $1.6 million renovation of the National Auditorium is expected to be completed by early to mid-April.

Cook Islands Investment Corporation’s facility development manager Anne Taoro says most of the work inside the auditorium has been done.

However, the delay on the outside renovation of the auditorium – especially work on getting the new roofs – has been caused by the recent adverse weather condition (rain).

They are almost done with the work but unexpected corroded steels and the rain caused major delays.

The project started in August last year and the venue has been closed since then.

The first phase of the renovation work included the replacing and fixing steel frames, repainting and refurbishing the seats – carried out by Rarotonga Welding and Steel Construction Limited (Raro Weld).

This is the first major refurbishment work since the opening of the auditorium in 1992.