9yo Puna back with her family 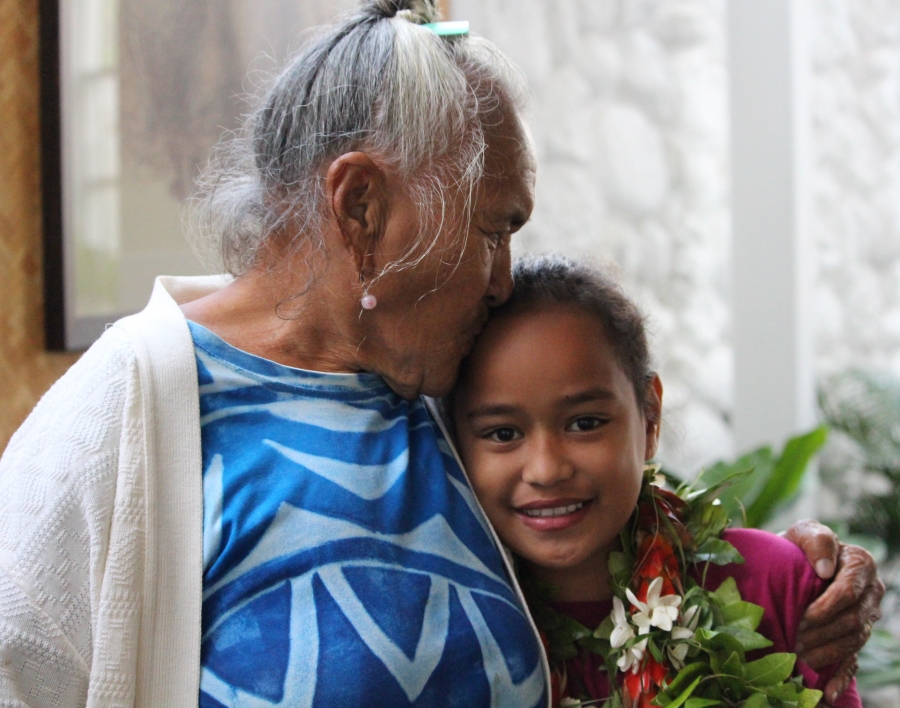 Nine-year-old Puna is reunited with loved ones at Rarotonga Airport..

After two weeks in a United States detention facility, the little girl returned home safe and well tonight. She was enjoying dinner with her family, when they spoke to the Cook Islands News.

Her mother Ngatuaine Raela told the paper of their joy at her return, saying they were happy to have their daughter home and they were thankful for the support shown towards them.

Earlier she had poured out her heart on the paper’s Facebook page. “I’m waiting for you my daughter, can’t wait to see you,” she wrote.

US immigration authorities had removed her from the care of family friend Marc Pearce, 72, who had aroused suspicions by flying her into Los Angeles Airport with the wrong papers last month.

American Customs officers found “questionable material” on Pearce’s phone, according to a statement tonight from the Cook Islands Ministry of Foreign Affairs and Immigration.

He was questioned by authorities, and was able to assure them he had the family’s blessing to take her on a month-long holiday. He was released, but she was taken into the Southwest Key detention camp for unaccompanied immigrant minors.

There are now discussions between the Cook Islands, US and NZ authorities, seeking an explanation of her two-week detention, said Cook Islands Foreign Secretary Tepaeru Herrmann.

The Cook Islands News reported that she had been released and flown to New Zealand on Saturday (Sunday NZ time), after the intervention of both Cook Islands and New Zealand diplomats, working together.

Puna flew back into Rarotonga International Airport this afternoon, accompanied by two Ministry of Internal Affairs officers. She was met there in the VIP lounge by close family members who had flown over from Aitutaki, as well as staff from Foreign Affairs, Internal Affairs and the Minister for Internal Affairs Mac Mokoroa.

An hour later, she was flown across to her island home of Aitutaki accompanied by Cook Islands government officials where more family were awaiting her return.

There has still been no official statement from the US authorities on their reasons for detaining the little girl, and Marc Pearce has spoken publicly of his fury at the lack of any explanation for their actions.

Herrmann said tonight: “The Cook Islands Government have refrained from publicly commenting on this matter in recent days as all efforts have focused on the expedient return of Raela to the Cook Islands and her family,

“Throughout her time in the US, Cook Islands government officials have been fully aware of her situation, via close communications with US and NZ authorities and have kept Raela’s family in Aitutaki abreast of the situation.”

Cook Islands Government officials would continue to liaise closely with Raela’s family to provide support as might be needed in the days ahead, Herrmann said. - Cook Islands News