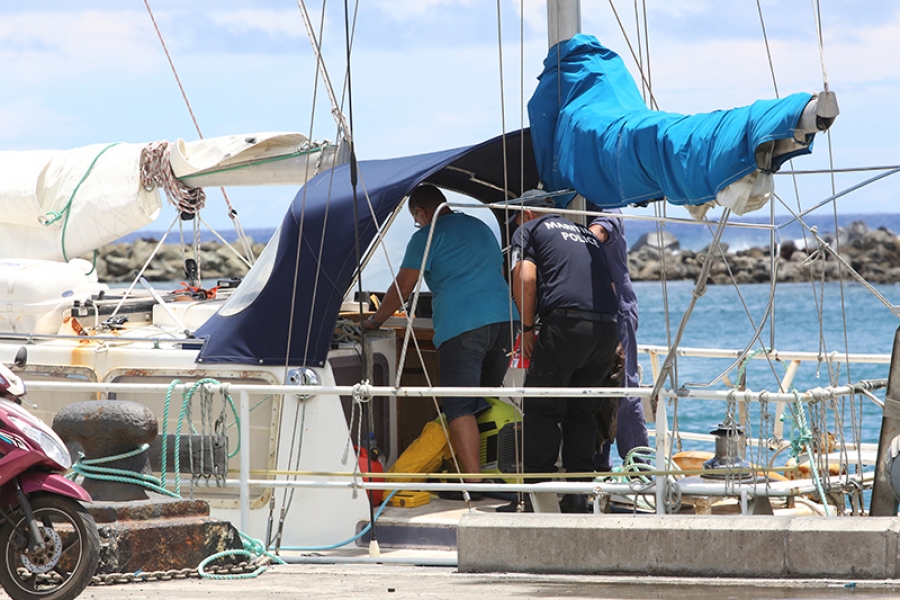 Police check the Zangano after it fi rst arrived at Avatiu last year, minus a woman passenger. 17103026

Police patrol boat Te Kukupa was sent on a search and rescue operation on Sunday morning after a distress signal was made by the skipper of the yacht Zangano.

Police media liaison officer Trevor Pitt said that after sailing around 300 nautical miles southwest of Rarotonga, the Zangano encountered rough seas and was reported to have lost its steering. The skipper told rescue authorities the yacht had become difficult to manoeuvre. He is believed to have also injured his hand.

Police Commissioner Maara Tetava said the safety of the person aboard the yacht was the foremost priority in the search and rescue operation.

Pitt said the patrol boat was skippered by Inspector Tepaki Baxter who would assess the situation after making contact with the vessel.

Te Kukupa was expected to rendezvous with the yacht at around 4pm yesterday.

The controversial boat first featured in CI News when it arrived from American Samoa in September last year minus a woman crew member, said to be Lissette Brito, a 44-year-old Venezuelan woman.

The yacht’s then owner, Alex Roehrs, claimed he had searched for Brito for two hours before running low on fuel and having to make for Rarotonga.

A police investigation into the incident failed to turn up anything and Roehrs eventually left the island. The Australian-registered vessel lay in Avatiu harbour for over a year before being sold to a new owner, who has yet to be identified.