Training to save lives in the water 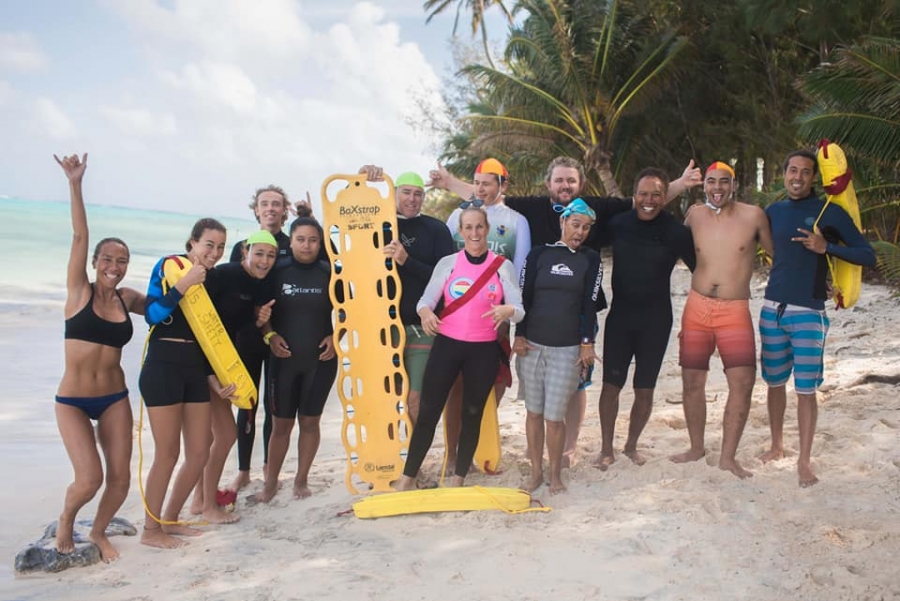 Deaths and injuries: ‘It’s not a matter of if, but when.’

Water tour operators have responded to community safety concerns by training as qualified lifesavers – but they say their best chance to save lives is through preventing tourists taking risks.

In an effort to develop standards for all tour operators, water safety chief Brent Fisher has pushed for a minimum water safety qualification in the country. It coincides with community debates over the dangers of passages like Avaavaroa in Vaimaanga.

Lisa Maddison, a Bronze Medallion water safety trainer from the Kurrawa Surf and Lifesaving Club on Australia’s Gold Coast, said the high currents of the Avaavaroa passage meant the chances of being rescued were low.

People would be putting their own lives in danger in trying to rescue someone from the passage.

“The main focus for the course is prevention and risk assessment which includes identifying the hazards of the tides and the passages,” she said.

There are also concerns about local children taking risks around Avarua, according to another member of the Kurrawa club, Harvie Allison.

“I’m always worried about the kids jumping in at Trader Jacks when it’s low tide,” Allison said. “It’s not a matter of if but when we get a spinal injury there. So Lisa will make sure this area is well covered also.”

Allison has donated a spinal rescue board to this country’s Water Safety Council.

Among those to die in the Avaavaroa passage were New Zealand tourists Robert Groves and Judy Palmer, who drowned swimming in the lagoon the day before her daughter’s wedding.

But the risks are by no means limited to that passage: A German couple died in the nearby Papua passage in 2015. And just last year an elderly Canadian man drowned at Vaimaanga.

Further around the coast, the Muri lagoon claimed the lives of two US tourists in 2017, brothers-in-law Craig Tieszen and Brent Moline, 61.

And in September, 47-year-old Taiwanese tourist Yang Wei-Chung died in the currents of Aitutaki lagoon, trying to rescue his young daughter who had fallen from her kayak.

Maddison said she was impressed with the professionalism of the tour operators, who had been enthusiastic about learning and becoming certified.

She would be happy to come again, she said.

But Maddison is also looking to train someone to become an expert trainer to certify other people.

The two-week course is finally underway, as much anticipated water safety legislation is drafted.

Legislation would mean tour operators will have to register and police would have the legal right to stop unsafe operations, Fisher said.

Cook Islands Police spokesman Trevor Pitt said police were totally supportive of the Water Safety Council and all its efforts, though they were not yet taking the lead on any law changes.