Toll lifted for locals on waterfall 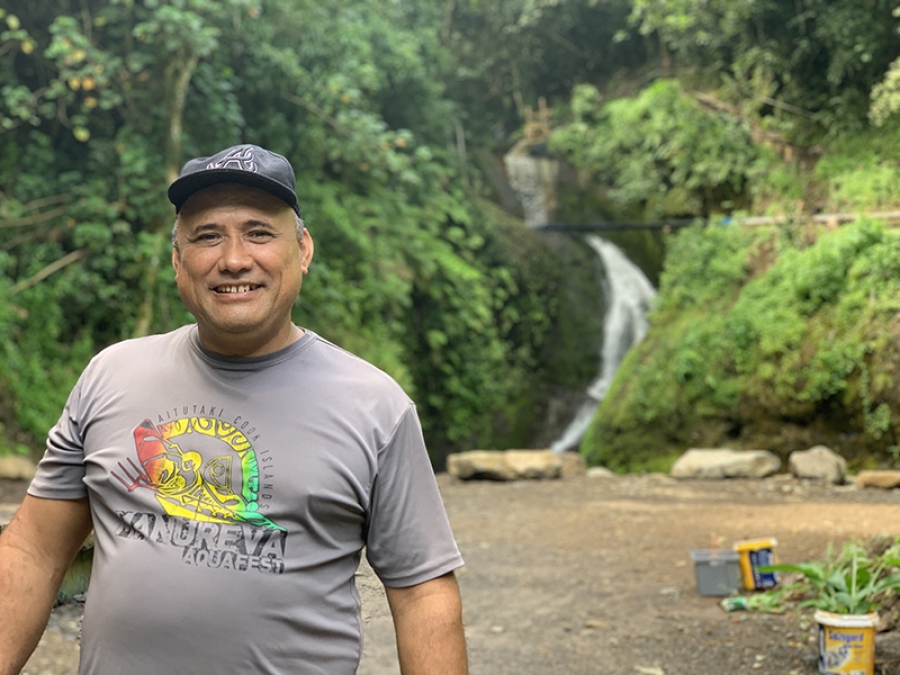 Over the years, Papua Vai Marere, more commonly known as Wigmore’s Waterfall, had become a dumping ground for domestic rubbish.

Land manager Tamuera Napa Jr said it was also a popular gathering place where people would go and drink alcohol, leaving behind their bottles and cans.

To try and curb the behaviour, the land owners decided to put a $5 toll on the road for visitors.

In light of the Covid-19 crisis, Napa said the toll has been lifted so local people can go and enjoy the peaceful atmosphere, have a picnic and relax.

McConnell Dowell were awarded the contract in 2017 for stage two of the Te Mato Vai Water Supply Improvement Project at the Papua Intake - one of 10 on Rarotonga.

Work at the Papua water intake is near completion. Napa said the road needed to be closed while the work was done and a lot of effort has been made to reinstate the worksite to its former beauty with new trees planted and a revamp of the picnic area.

Napa has also been planting oregano, as a mosquito deterrent. The area will also be sprayed.

There have been suggestions the road should be fixed.

“If we fix the road we run the risk of people honing around and using it as a drag way,” he said.

In 1988, Pa Tepaeru Terito Ariki, bought back the land where Papua (Wigmore’s) Waterfall is.

To honour the legacy of her mother, Pa Marie Ariki now wants the waterfall to be known solely by its ancient Maori name – Papua Vai Marere.

Napa said the Wigmore family has always been supportive of the waterfall being known by its original name.

Pa Marie Ariki project managed the waterfall clean up remotely from Auckland where she is in lockdown.

Every time something was completed, Napa sent his mother photos, videos and a brief.

Her ultimate vision is to create a botanical drive to the waterfall in the future.

“She’s happy with the work that has been done,” Napa said.

“And believes it is only right that it returns to its original name.”