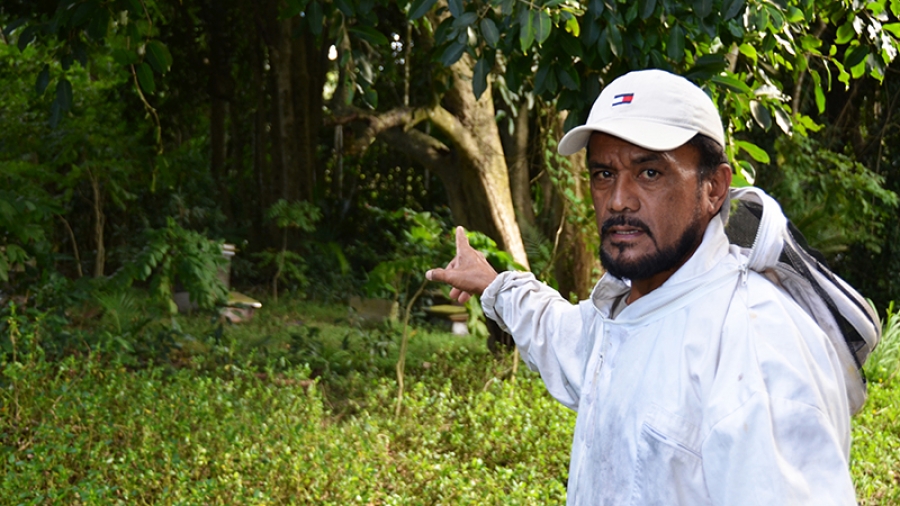 Thieves have destroyed a family’s hives in an attempted bee theft.

Dr Koekoe Mokotupu died late last month – and even before he could be buried, his son discovered canny thieves had tried to steal his father’s beehives.

Beekeeper Keith Mokotupu, who has been looking after the family’s bee business for some years, since before his dad moved to New Zealand, was shocked at the destruction of five family beehives in the attempted theft.

It was only because he happened to visiting to check on the family’s bees, on Wednesday morning, that he found his dad’s old hives trashed and new clean hive boxes placed next to the remnants in Rangiura.

An experienced beekeeper, he says the reason the new hives were still at the site was to allow time for the bees to settle in their surroundings before being taken away.

Mokotupu notified the police immediately, who arrived on the scene to witness the damage.

It’s the first time he has experienced people actually destroying hives in an effort to steal bees. “I can’t understand why this is happening.”

The culprits removed the frames from the family’s original hives and slotted them into the new boxed units that they left behind, hopefully to entice the bees.

The transfer of the frames was done completely wrong, as they used plastic sheets, he says. “Melted liquid wax must be rolled onto the transfer frames; the bees need to land on wax, they cannot land on raw timber or plastic.”

He has suspicions about who is responsible – there aren’t many people who have learned beekeeping on Raro – and he has told police.

A brightly coloured red box was one of several left at the scene – just like the ones he had taught trainee beekeepers to construct “Looking into the box, I could see the trademarks,” said Mokotupu.

Tracks of a 4-wheel drive truck are seen clearly leading to the hives and hessian bags were also left behind scattered on the grass.

He believes the attempt to remove the bees was conducted at night, which is why original bee units were not completely and properly disposed of.

Mokotupu has removed some of his bee units to another location.