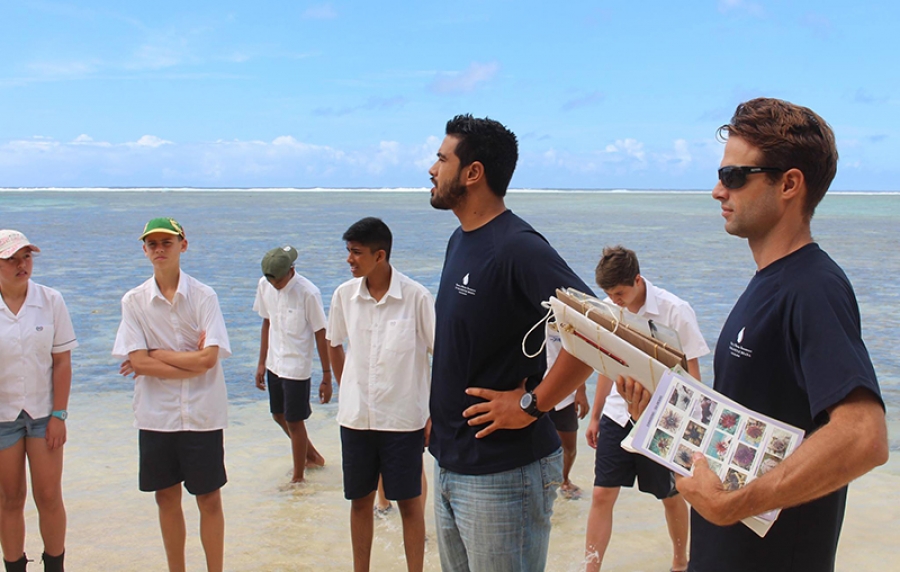 Staff from the Ministry of Marine Resources (MMR) are visiting schools around Rarotonga, and educating youngsters on lagoon health.

Students from Titkaveka College and from Huanui College in Whangarei, New Zealand, received a visit from MMR marine scientists Kirby Morejohn and James Kora earlier this week. The pair conducted a presentation on Tuesday morning.

An MMR spokesman said it was the first of two mornings the pair planned to spend with the students.

The students, aged 13-14, were taught all about marine resources, the lagoon and the many creatures and organisms that inhabit it. Part of the presentation was aimed at introducing scientific terms such as “species” to the students.

The pupils then took part in a field trip to Papaaroa lagoon on Tuesday to learn how Cook Islands Fisheries Officers conduct marine surveys for invertebrates such as sea cucumber (rori). In their own survey the youngsters found several different species of rori as well as a few starfish.

MMR collects data by carrying out surveys of marine life in the lagoons and on the reef to monitor the health of the precious ecosystems. And the youngsters were certainly keen to learn all about this and the role MMR plays in keeping Cook Islands marine life healthy.