Speaking with your hands 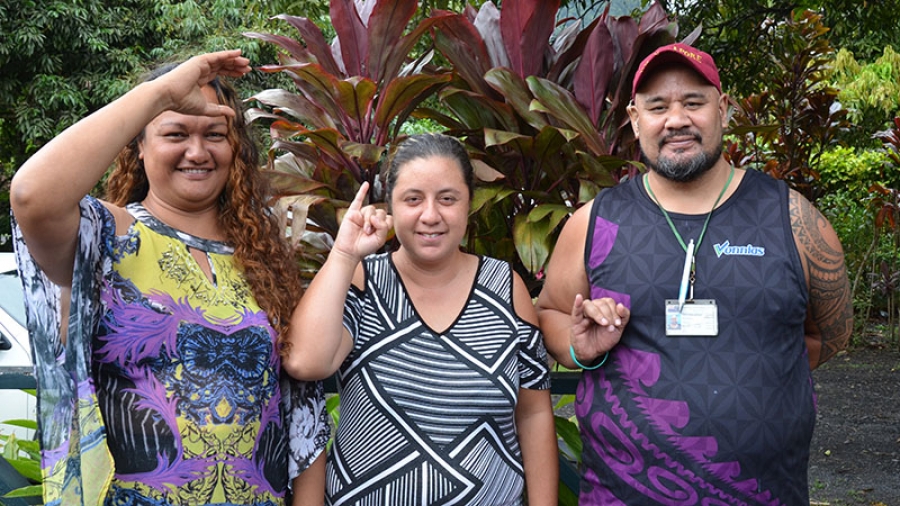 John Paul Lindsay was two-years-old when his mother Iriti Maoate noticed something was not right while they were at a float parade in town.

“She told me she’d noticed I wasn’t responding to the sounds, the noise, music or anything at the float day, but the other kids were laughing,” says Lindsay.

After a phone call to his grandparents in New Zealand, arrangements were made for Lindsay to move there for further tests.

At the age of five he received his first hearing aid and began to talk.

Later he attended Kelston College - a school for deaf children.

Lindsay continues to wear his hearing aid - without it he cannot hear, he speaks clearly and knows sign language and can lip read.

In celebration of International Week of the Deaf, he wants people to learn more about the barriers and opportunities for the deaf in Cook Islands.

Although he is able to verbally communicate because of his hearing equipment, he has concerns for the deaf who face challenges because of the lack of communication available to them.

Reina Hetland can’t hear and uses sign language. She conveyed the need for an interpreter for court, at the police station and at essential services like the hospital.

Her nine-year-old son Kianu interprets for her at times and she has written notes to get her message across.

She believes teaching children to hand sign at schools is important.

Children like to learn, so it’s good for them and can be fun, noted Hetland.

Destiny Tara Tolevu, the Cook Islands National Disability Council coordinator says: “This speaks volumes about how the community understands disability and appreciate people that are different and deaf. We don’t give them value, we don’t value the contribution that they make in our society or we don’t treat them the same or have the same opportunities.”

“The biggest issue is communication, understanding that, even if they are deaf they need that information to make informed decisions, like going to the doctor,” she said.

Veronica Tangitamaine Rere George has been to several schools to teach sign language.

When she wears a hearing aid, she can hear sounds but can’t understand what is being said, so prefers not to have one.