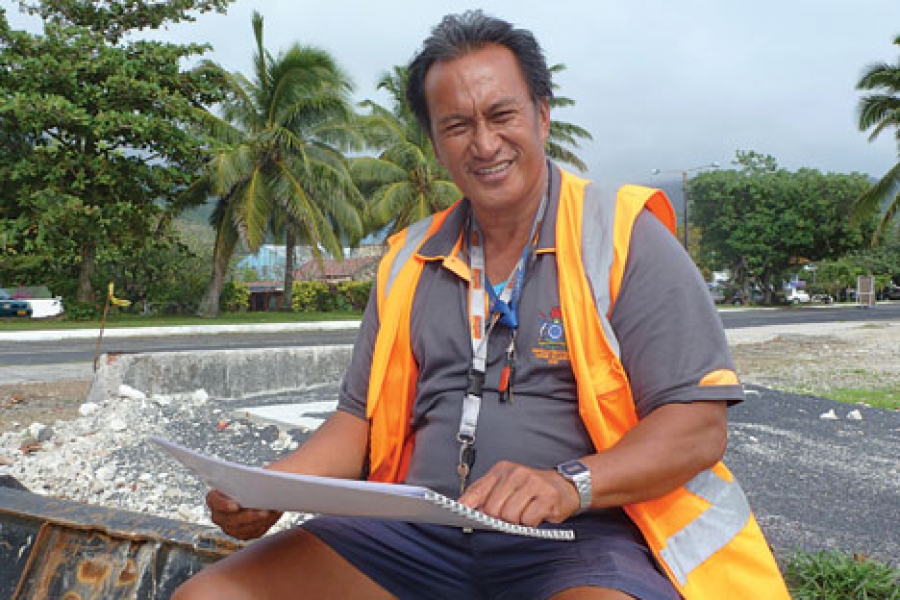 Project Manager Casper Mateariki said work was forced to a stop about two weeks ago by bad weather. 14061312

Ongoing periods of rain have forced workers to down their tools and switch off engines at the Punanga Nui reclaimed land project.

Members of the public may have noticed the area of land next to the market has been abandoned over the past fortnight.
Various Government ministries have teamed up to turn the barren six-acre patch of land, formed using material dredged from Avatiu Harbour in 2012, into a useful and attractive space.
Project Manager Casper Mateariki, from Infrastructure Cook Islands (ICI), said work was forced to a halt about two weeks ago by bad weather.
“The weather’s slowed us down. We’re waiting till the soil settles because it’s been raining. We’re trying to ensure it’s dry because if the trucks drive on there while the soil’s wet, it will stick to their tyres and end up spread all over the road.”
If we have a good weekend of weather, work should resume next week, he said.
Workers, led by contractor George Rere, have so far levelled the land and added top soil so grass can grow again.
Mateariki said more top soil still needs to be spread, before the eastern section of the land - starting opposite St Joseph’s Rd and working back towards the shops - is tar-sealed.
This sealed area will be used as a car park, with capacity for about 200 vehicles. There will also be a bus stop for dropping off people visiting the market.
“The other half will be an area we’ll look after and grow some trees for people to rest under and chat. It’s a recreational area,” Mateariki said.
Local businessman Brett Porter has proposed building a modern BMX, scooter and skateboarding park on this section of the land.
Porter says there is “nothing here for kids to do” and his aim to give young people a place to congregate, be active and have fun.
Mateariki said the project working committee has not yet decided whether to run with Porter’s vision.
Other plans for the land include building a drainage system, and a footpath alongside the rock seawall, and installing a new toilet and solar-powered lights.
Native trees and 85 coconut seedlings have already been planted along the seawall.