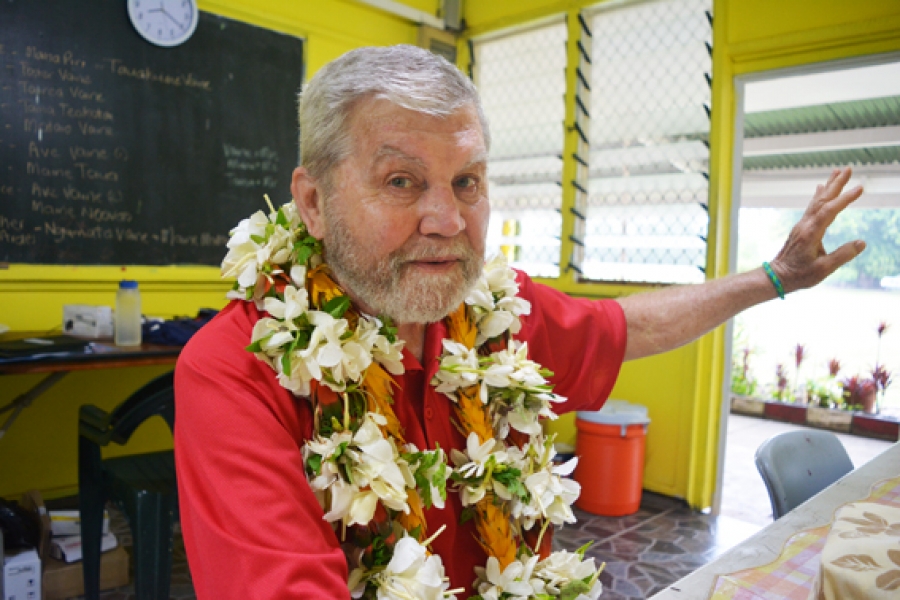 Global Volunteer Dennis Kileen waves goodbye but says he will be returning to help teach at Takitimu School again next year. 16031811

“PAPA Dennis” is the respectful title the students of Takitumu School have given to Dennis Kileen.

From Ohio in the US, Kileen says his three weeks of volunteering in the Cook Islands as a teaching assistant have changed his life.

The retired musician, who has been visiting the school for the past 10 years, says he has never regretted his decision to help the teachers of Takitumu School.

He has spent 19 years working as a volunteer with Global Volunteers working in countries such as India, Brazil and Romania.

At Takitumu, as well as helping to paint the school and assisting in the library, he also teaches English.

“Normally I usually have a one-on-one session with the students where I teach them remedial English,” Kileen said.

“The teacher identifies the students that need assistance and I help them every afternoon.”

Kileen said he considers Cook Islands his second home. “The people here are so nice. I have never before met people who are always so happy and kind, nice and warm.”

He said he had learned plenty from the people he had met and worked with and hoped to learn more when he returned to the country next year.

“When I come back I hope I can give as much to the community here than what they have given to me. I love everything about Cook Islands and I love the food, culture and the children.”

He said he has also learned some important lessons here such as the value of unity and working together. “The people have been like my own family; they have looked after me well and fed me well too.”

Kileen left Rarotonga on Saturday to return to the US.