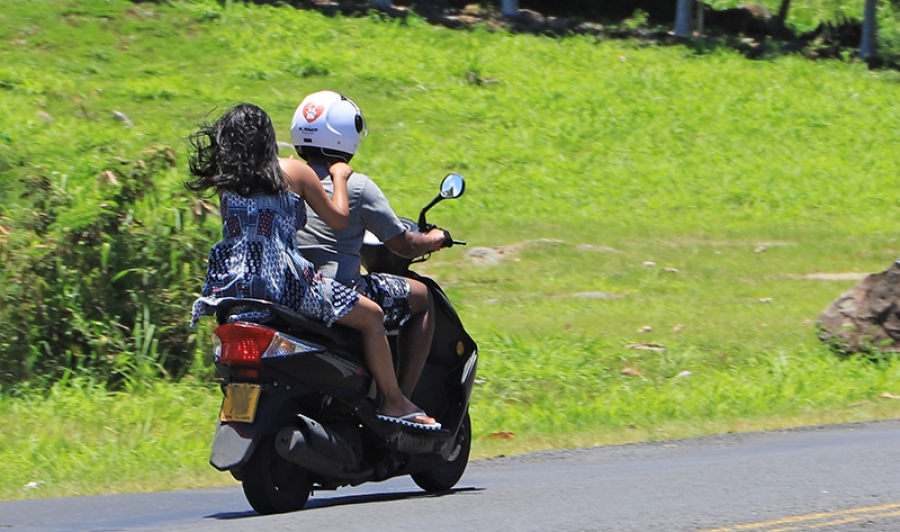 Hundreds of people are unable to get helmets in time for new law’s June 26 start date.

Government is expected to delay the implementation of the new helmet law by a month.

Leading suppliers have been unable to meet local demand before the new law comes into force on June 26, requiring all motorbike riders and their passengers to wear approved helmets.

Raromart Megastore has ordered 800 approved helmets from China but the shipment won’t arrive until July 20.

Cook Islands Motor Centre ran out of bigger size helmets this week and their next shipment is due in July.

Edwin Pittman, the chief executive to Prime Minister Henry Puna, said they were aware of the helmet shortage issue.

The request to delay the implementation of the law was “under consideration”, he said, and they would announce a decision soon.

Don Carlaw, managing director of Raromart Megastore, said Covid-19 delayed the production of helmets they ordered from a factory in China.

“They were closed for a couple of weeks due to the coronavirus and this slowed the delivery time. We have received the bill of lading and originally it was meant to arrive here on July 15 but now it will be July 20,” Carlaw said.

“Usually it will take three to four days after the vessel arrives here before we can secure the container. We can’t get the clearance until the vessel leaves the port and that’s standard procedure.”

Pennycook said the helmets, especially the bigger sizes, sold like hotcakes. They have only smaller size helmets left at their Panama outlet.

Motor Centre has ordered another “large consignment” which will arrive here from New Zealand later next month.

“I think there will be a shortfall unless other suppliers like Raromart get their stock in time,” Pennycook said.

Don Carlaw said over 400 local customers have paid a $20 deposit to Raromart to secure their helmets.

He said they were the preferred choice because of their competitive price.

There will be two models available at their store – Model 708 for $69.50 and Model 819 for $89.50. Their prices are almost half of what other suppliers in Rarotonga are offering.

“We are able to sell at a cheaper price because we are getting our helmet directly from the factory while everyone else is buying from wholesalers in New Zealand,” Carlaw said.

“I understand government is aware of the issue and they are considering extending the implementation by a month due to the circumstances which are beyond our control.”

Carlaw also said they were ready to refund the customers who have placed their orders, if government proceeded with the original June 26 start date.