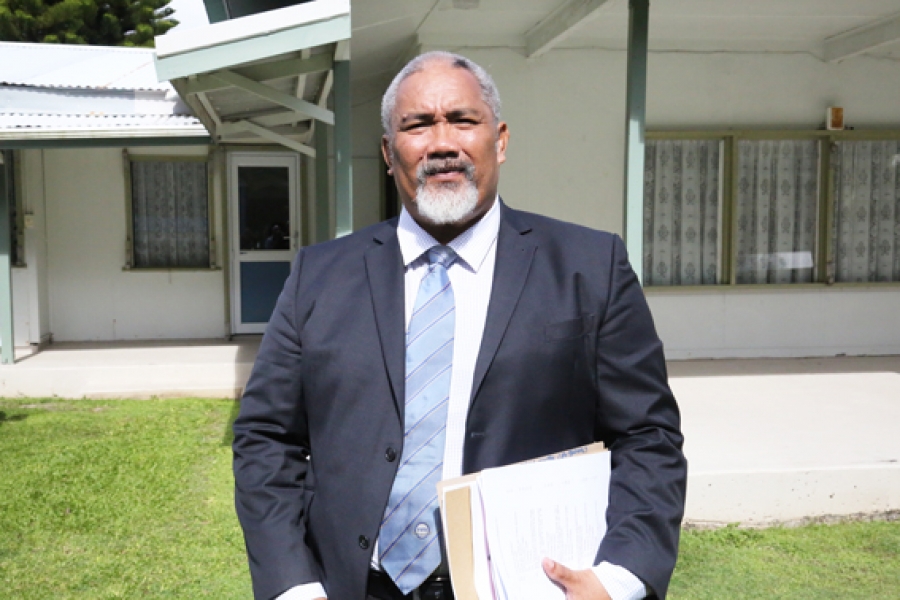 A lack of funding by the government means the Ministry of Justice is struggling to provide quality services to Cook Islanders.

The ministry is given $100,000 a year less than it actually costs to run the courts, registries, prison and probation services.

The situation is so bad that Justice Secretary Tingika Elikana is forced to break the law in order to keep the ministry running.

Elikana says in order to make up the shortfall, he uses the ministry’s trading revenue to stay afloat.

The trading revenue is money that comes in through fees and charges.

Legally that $100,000 should go to the Ministry of Finance and Economic Management but if the Secretary handed the money over the courts would not run.

Elikana: “The difficulty is I would have had to cut services. I did not want to take that path. The budget I have been given is $400,000, I should be living within that. Any extra should go back to MFEM.

“We have been arguing and pushing boundaries to get an increase to our operational budget.

“We are overspending to push Cabinet to understand we need funds.

We have been overspending, breaking all the rules and that is something I personally decided to take on myself rather than have the public suffer because government won’t provide the funds.”

The Secretary wanted people to understand that judges were a big expense on the ministry and the public.

He said the country’s Budget put aside $217,000 a year to pay the allowances for judges and Justices of the Peace.

But, Elikana says the ministry has to pay for their travel to and from New Zealand.

“And that includes first-class travel from New Zealand, or business class if they bring their partners.

“That is a big expense. That is a huge expense.

“If we are to move them to the Northern Group, which we are anticipating having to do – that will be a big cost as well. $3000 return and that comes out of our trading revenue.”

The ministry’s economic plight was brought to the notice of the Public Accounts Committee recently.