It’s hello from Belgium and the Congo 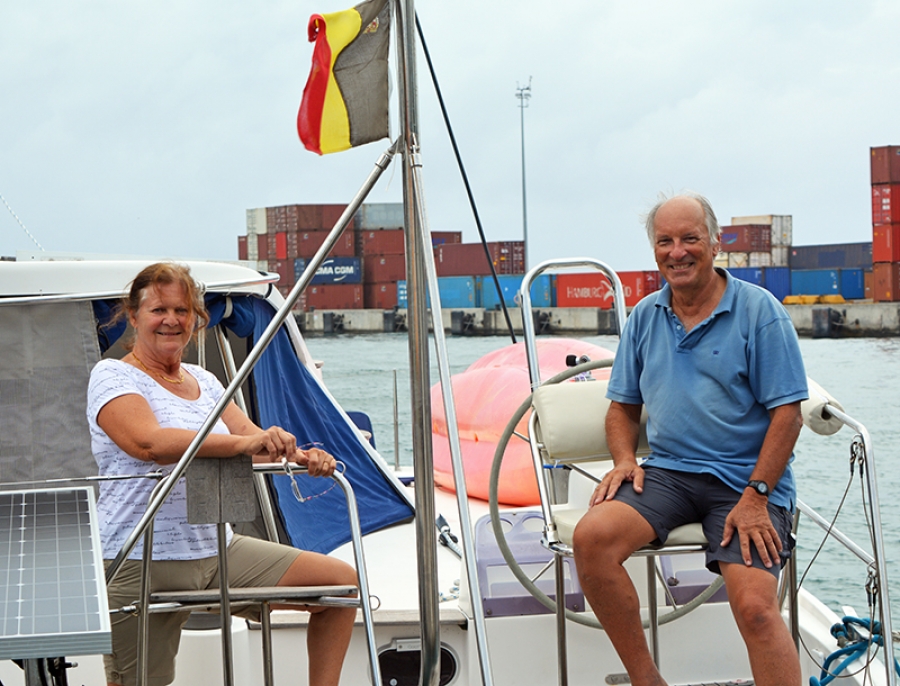 Marine and Simon Vey aboard their catamaran Jambote which flies the Belgian flag. 18051710

A retired couple from Belgium on a four-year, round-the-world sailing trip arrived in Rarotonga aboard their catamaran “Jambote” on Wednesday afternoon, having torn their mainsail on the trip from Papeete in Tahiti.

Their voyage from Papeete to Rarotonga took them five days, a day longer than planned due to problems with their mainsail, a scrap of which was still clinging to the top of Jambote’s mast yesterday afternoon.

Simon Veys and his wife Marine, both aged in their 60s, plan to remain in Rarotonga until Monday, when they plan to set sail for Aitutaki.

Simon said he had someone coming to have a look at their torn mainsail, but wasn’t particularly hopeful that they would be able to get it fully repaired here.

“Otherwise we can sail with the genoa – it’s a small sail, but it is OK,” he said. “And we have two engines just in case – but we don’t like to use the engine!”

The Veys first left Belgium in 2014, and have been sailing around the world ever since, having purchased their catamaran Jambote in the Caribbean country of Grenada.

The couple, who have two grown children and two grandchildren, were both born in the Congo in Central Africa, which is where their vessel’s name comes from. “Jambote means ‘hello, good morning, welcome’ in two languages from the Congo,” said Simon.

This is the Veys’ first visit to Rarotonga and they plan on touring the island while they’re here, renting a scooter to get around and stopping in at the supermarket to resupply. They also intend to attend church this Sunday, going along “to hear the singing”.