Going back to basics and living off the land 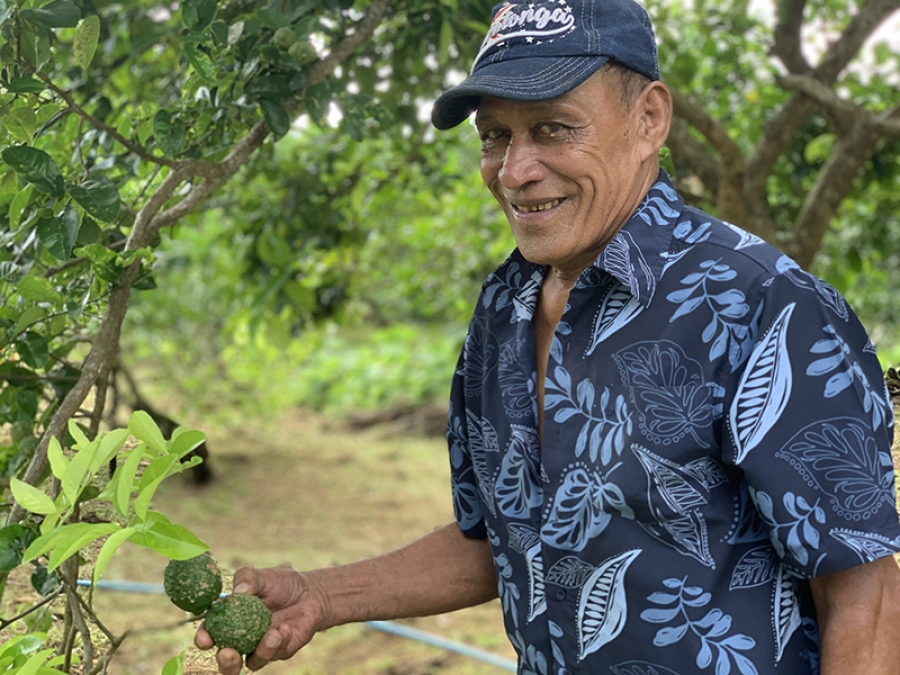 A Rarotonga grower is encouraging locals to go back to basics and is giving away free soil to households so they can learn how to live off the land until the economy picks up and tourists return.

When Motu Puia was a boy, he didn’t have the luxury of going and buying something to eat from a shop.

His father and grandfather were growers and food gatherers.

There was an abundance of kai everywhere, in the ground, above it and in the sea – no one was starving or needed to steal food.

“If we had too much we gave it away, that’s the way it was back then,” he said.

Life was simple. One of the first jobs he had at age 15 was tending to the orange trees. Those were the days when the Raro Juice Factory in Avarua was pumping.

The oranges were juiced and put in a can and shipped off to New Zealand. In the 1950s and 60s oranges were one of Rarotonga’s biggest exports.

Following on from moving to New Zealand to work, Puia returned home to a very different Rarotonga from the one he left behind.

Tourism was booming, houses were popping up everywhere and planting was no longer something people were interested in.

Everything they needed came in a packet, he said.

It wasn’t long before he became one of the main lemon suppliers to resorts and restaurants.

Every week prior to the Covid-19 outbreak, people bought his lemons in 50kg lots.

But the sudden and unpredicted Covid-19 crisis, has people panicking and anxious about surviving especially when it comes to feeding their families.

Because of his location, theft isn’t common but a couple of weeks ago he caught a young man taking lemons.

“I threw a piece of wood at him and he dropped them. I went and pick them up and gave him some and said “you don’t have to steal from me, just come and ask”.

Puia says the Ministry of Agriculture has the right idea by supplying households with seedlings and advice about growing fruit and vegetables.

But it’s not as easy as just putting a seed in the ground and expecting it to grow.

Looking to the ancestors and the way they planted at low tide and full moon is a good starting point, he says.

He is offering free soil to households who want to start their own gardens so they can feed themselves during these unsettling times.

“We don’t grow enough to export in big numbers,” he says. “For now we need to think about looking after own families the way we did in the old days.”