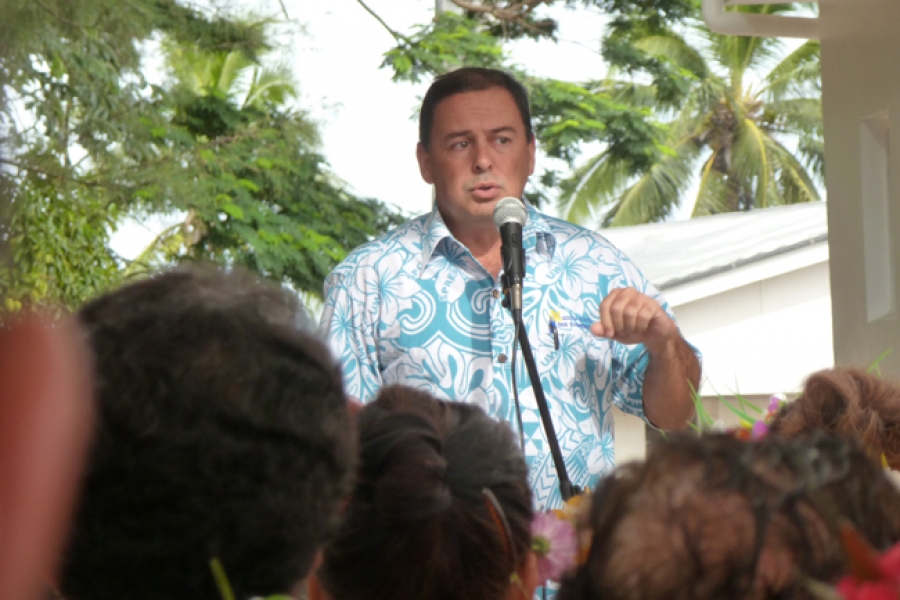 Minister Mark Brown says the Government does have plans to deal with depopulation. 14032831

If the Cook Islands’ population continues to decline at its current rate, it would halve its size every 140 years, according to a new report.

Just a week out from the General Election, the Statistics Office has released a report presenting the country’s demographic characteristics between 2006 and 2011, using data from censuses in those years, plus migration data and vital statistics.

Written by the Ministry of Finance and Economic Management and the Secretariat of the Pacific Community, the report says the decline was mainly due to the fact that many people have been leaving the country since 1996, when the Government introduced an economic reform programme which led to the loss of many public sector jobs.

The report estimates that about 1600 more people have left than entered the country between 2006 and 2011, an average net-loss of about 322 people per year.

Internal migration continues to be directed from the Pa Enua (outer islands) towards Rarotonga, and very little movement is taking place between the Northern and Southern Group islands.

There has been plenty of debate about the depopulation problem in the lead-up to the July 9 election.

The Democratic Party says in its manifesto that the depopulation issue has “been left idle” by the current Government, despite a steep rise in the number of foreign workers coming in to meet the labour shortage.

The party says business and job creation are key to keeping Cook Islanders are home, and that it would abolish pay-as-you-earn (PAYE) tax in most of the outer islands, among other steps to slow depopulation.

But Minister of Finance Mark Brown has been quoted on Radio New Zealand as saying the Government does have plans to deal with depopulation.

“Things like pearl farming on Manihiki ,where we need a bit of support to get that going again and investment in our airports and ports to ensure that shipping and air services are more reliable and more regular and also cheaper –these are all the things that the Government has to do in order to provide an environment for economic activity to take place in the outer islands.”

Government Statistician Taggy Tangimetua described the new report as “an indispensable source of information” to keep track of the country’s population size and dynamics.

“The challenge for everyone, the policy-makers and planners of the Cook Islands especially, is to use the report to sharpen our service to the people we serve.”