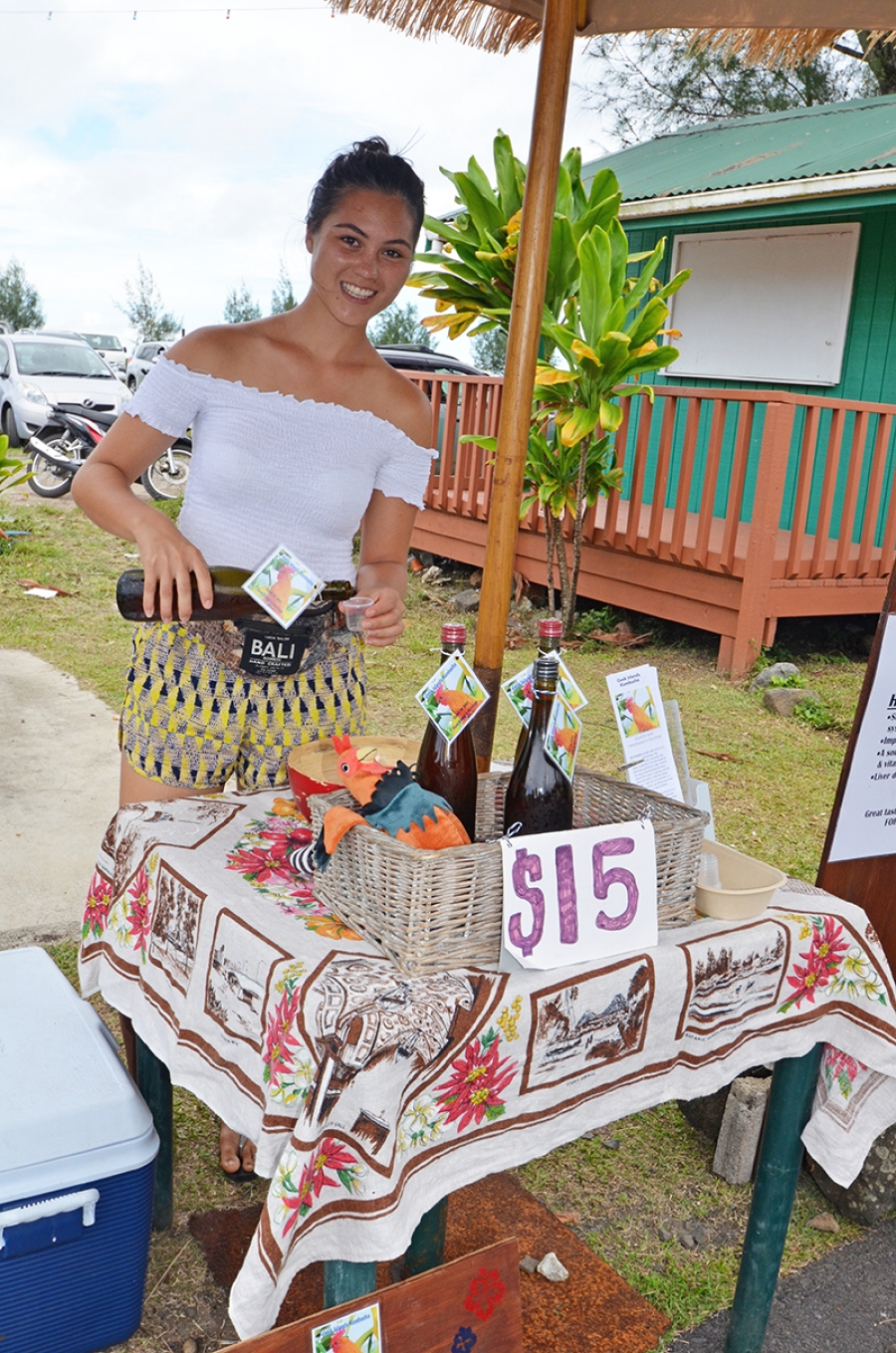 Paulina Pierre with samples of the healthy “elixir” she sells at the market. 18011415

Kombucha is its name.

“Most locals just walk past and aren’t sure what it is I’m selling,” she says.

“When I say it’s a health drink they are like ‘nah’, but when they do taste it and they find out actually how good it is for you, they love it.”

The slightly effervescent drink has a mildly sweet fruity flavour, but the benefits are in the fermentation process, which takes about a week for each brew.

An ancient beverage, reported to be around 2000 years old, Kombucha has been dubbed “the immortal health elixir”.

It is full of natural B vitamins but its primary role in the body is to replace non-beneficial bacteria, which can cause a great many health problems, with beneficial bacteria. These good bacteria are essential for good health, but are killed off by antibiotics and our modern Western diet, which is loaded with artificial and manufactured sugars.

An overload of non-beneficial bacteria can impact on almost every body system, starting in the gut right through to the immune system.

“My mother discovered Kombucha while she was in New Zealand,” says Paulina.

“She had had illness after illness. She brought it home and has been taking it for about six months now, and her health has really improved.”

Paulina is now a 50-50 partner in their Cook Islands Kombucha business with her mother Melinda Morris-Ponga, and together they manufacture it from their Are Pure cottage in the mountains.

“Mum did all the research on it and through a bit of trial and error we began making it. At first it was just for us, then family and friends, and now it is available to the wider community.”

Paulina’s daughter, aged almost three, can’t get enough of her Kombucha. “You only need a small amount and so I have to limit how much she has, she just loves it.”

She and her mother use only mountain rainwater as the base, with a selection of black teas, brown sugar and a specific culture.

“The natural fermentation process uses most of the sugar up,” says Paulina.

As a health tonic she suggests taking half a cup in the morning and the same at night. One bottle will last up to a month in the fridge.

As well as being sold at the local Saturday market, Cook Islands Kombucha is also served by the glass at Ariki Cafe.