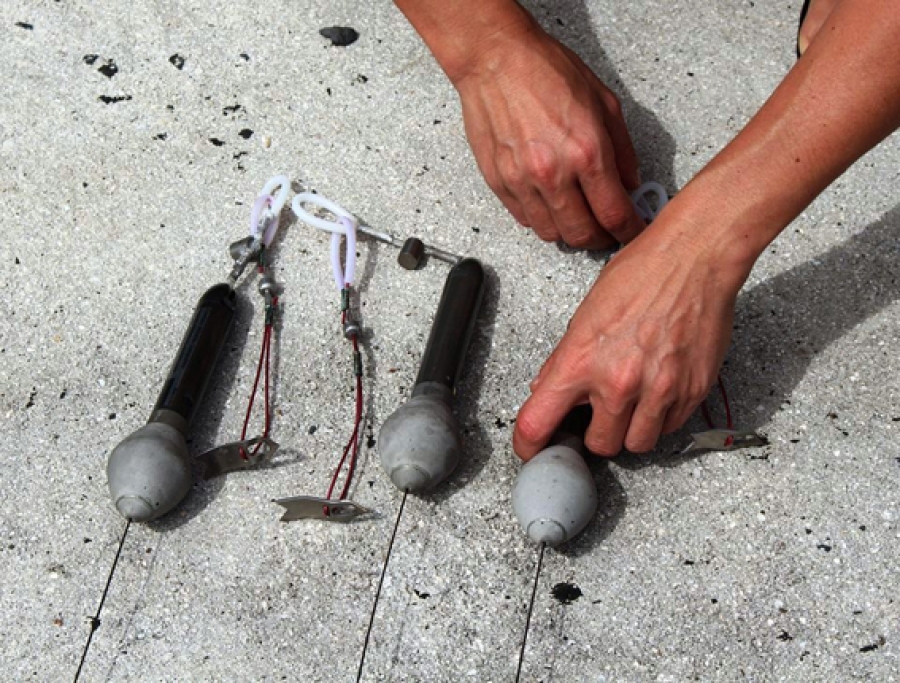 The MINISTRY of Marine Resources has donated satellite tags to marine conservationist and shark researcher Jessica Cramp for research in the Cook Islands on the effectiveness of marine reserves on wide-ranging sharks.

The set of satellite tags wasleft over from the successful 2012 swordfish (broadbill) tagging project and are typically worth several thousand dollars each. The technology allows for the attached tag to record and transmit information on movement, locations and more. “I’m thrilled that MMR has shown support for my research by donating these tags. I am not paid to do this research and rely on grant funding to achieve my research aims, so the donation of these tags absolutely contributes to understanding how to better manage migratory sharks not just in the Cooks, but in the greater Pacific,” says Cramp.

MMR Secretary Ben Ponia says the ministry is keen to see more research on sharks conducted in our waters.

“We are confident that the tags used in this study will contribute to ongoing research in the region that will strengthen the conservation and management measures for sharks in our region,” says Ponia.

“Throughout the campaign and in my work in marine conservation, I realised a big gap in scientific data in understanding movement patterns of highly migratory species within marine reserve boundaries. In other words, are the big marine reserves protecting the species we want them to? If not, how can we better develop conservation and management policies to do the job they are meant to?” says Cramp.

To answer these questions Cramp is currently pursuing a PhD at James Cook University in Queensland, Australia.

“The tags will be used as part of my research to understand the effectiveness of large marine reserves on wide-ranging (highly migratory) sharks. I’m targeting two commercially caught species in the Western and Central Pacific Ocean: oceanic white tip sharks and silky sharks. Both species are present in the Cooks and both are highly migratory meaning they travel very long distances.”

She is passionate about stopping the over-exploitation of sharks and the degradation of our oceans, and through her new organisation, Sharks Pacific, Cramp aims to understand the importance of sharks in Pacific communities, and to advocate for the conservation and responsible management of sharks and the related marine environment through research, outreach and advocacy.

Cramp’s research is the first of its kind in the region and she will work alongside locals to understand the presence, abundance and movement patterns of sharks in our waters. “Through my research, I hope to be able to understand how to better mitigate the interaction of sharks and fishermen in the Cooks,” she says.

Cramp was named an “Emerging Explorer’’ by National Geographic in 2015 as a result of her marine conservation work in the region, including the Cook Islands. She will conduct the study under a Cook Islands research permit and use a range of underwater technology to compliment the information from the satellite tagging.