Customs train up to manage free trade in coronavirus era 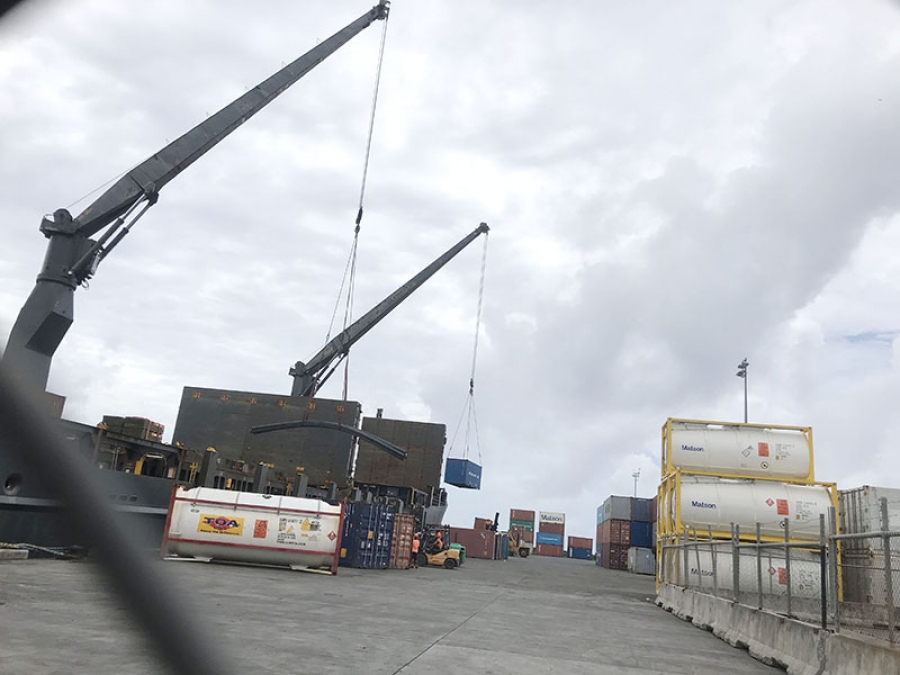 Dockworkers unload containers from the freighter Olomana. Cook Islands Customs took part in a training programme to prepare for a regional trade deal. 20022715

The Oceania Customs Organisation Secretariat said they worked with Cook Islands and four other signatory countries to draft guidelines on Customs procedures and rules of origin.

The guideline is intended to improve customs officials and traders’ understanding of the PACER-Plus and overall improve trading between the countries.

Once it enters into force, the agreement aims to help Pacific island countries to better participate in and benefit from regional and global trade.

Richard Brennan, the head of the Secretariat, said: “The countries are already implementing some of these border measures but having a common guideline for customs administrations will be critical in the successful implementation of the Agreement.”

His organisation had been working with Pacific officials to help them comply with their countries’ obligations. “There must be a common guideline that is tailor-made to the circumstances of the countries that have signed the Agreement,” he said.

The guidelines would focus on PACER-Plus obligations – also Covid-19 measures.

Deputy Prime Minister Mark Brown earlier said that once the Agreement came into force, the Pacific countries who had joined would receive immediate support from New Zealand and Australia.

Brown said: “The first thing that will be in place will be access to the support from New Zealand and Australia to assist the Pacific island countries’ agencies such as their trade, customs and quarantine agencies to be up to speed with any requirement for compliance needed in terms of their inwards trade and also their outward trade.”