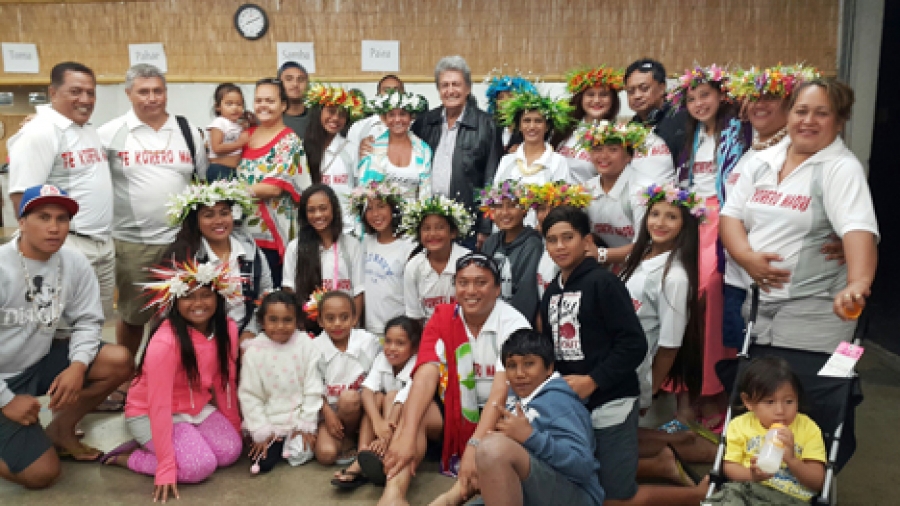 Te Korero Maori cultural group had another positive cultural exchange in Los Angeles and are now on the fi nal leg of their tour to Las Vegas.

The Cook Islands group are in LA after a well-received cultural exchange trip to Hawaii.

The Tahiti team they joined in LA are preparing to join the 2015 Tiurai Festival in Tahiti later in July.

“It was an awesome experience that the legendary singer Gabilou and his beautiful wife Moeata were among us during the cultural exchange,” says team leader Vaitoti Tupa

“We were honoured and proud to perform for him together with the Tahiti Cultural Group based in LA.”

“It’s perfect timing to come back to Rarotonga with my band and my wife’s dance team to celebrate the Cook Islands 50th anniversary and be among my families.”

Tupa said he was pleased Gabilou was so interested in fitting a visit into a very busy schedule in Tahiti, USA and France.

“But it may be later in the year instead of at the actual celebration time,” he said.

Te Korero Maori is ready to host the acclaimed entertainer’s team and in return attend Gabilou’s concert in Tahiti.

The team are now preparing to travel on their last leg to Las Vegas to perform at the Pacifica Festival and carry the Cook Islands flag once again.