Close up and personal with…rubbish 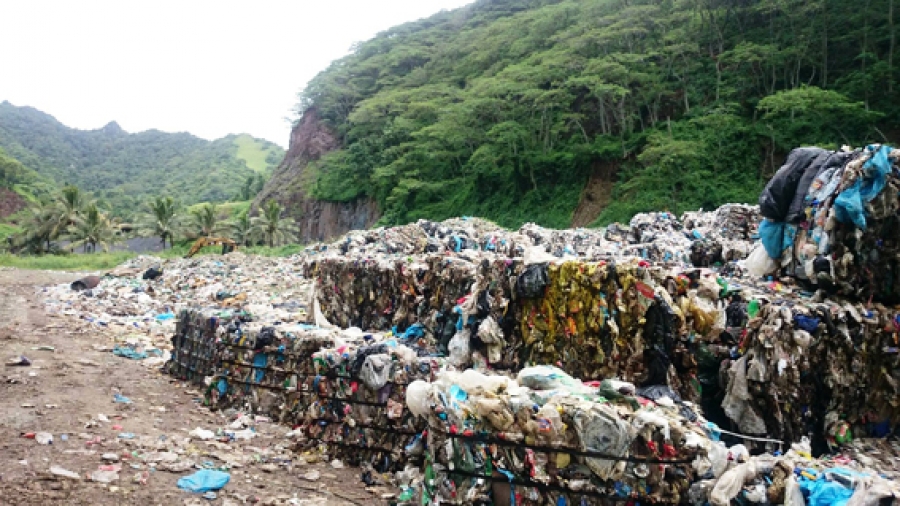 Waste materials piled up at the Rarotonga landfill. 17111711/supplied

ICI WATSAN director Jaime Short said site visits were important as they were among the best and most effective awareness tools for waste management.

“It gets people to see what actually happens, to see the amount of waste and the magnitude of the problem and how important waste management is.”

Short said the visit was a positive one with a constructive outcome and WATSAN acknowledged the participating agencies. To boost its awareness programmes WATSAN continues to advise island residents to separate tin food cans from their general rubbish and place them in plastic bags together with aluminium cans to be picked up at the roadside on collection day.

General Transport’s Recycle Centre is accepting tin food cans, along with many other items, to be sent away for recycling, but the tins must be washed to prevent vermin infestations and maintain the value of the resource. All tin cans received at the Rarotonga Waste Facility are sent to General Transport.

The facility faces a limited life expectancy unless it can expand its operation on the Arorangi site and the Aitutaki landfill, which was completed around the same time in 2005 is expected to be full by 2030.

Short said the Aitutaki landfill would be able to expand into an area next to the existing landfill which had been reserved for a second waste management site.

“Aitutaki’s landfill is not a problem at this stage but like Rarotonga, it also requires more recycling and reducing (of refuse),” Short said.

She said the placing of refuse was designed to be done in sectors, and should be covered with 150mm thick soil cover. However, this required the correct compacting machinery.

Aitutaki has two refuse collections a week, mostly for business and household waste (plastic, cardboard, paper, tin cans). Organics are burned at home and foodstuffs are fed to the pigs. According to last years audit report, Aitutaki sends about 152 tonnes of rubbish a year to the landfill and produces about the same amount of recyclables.