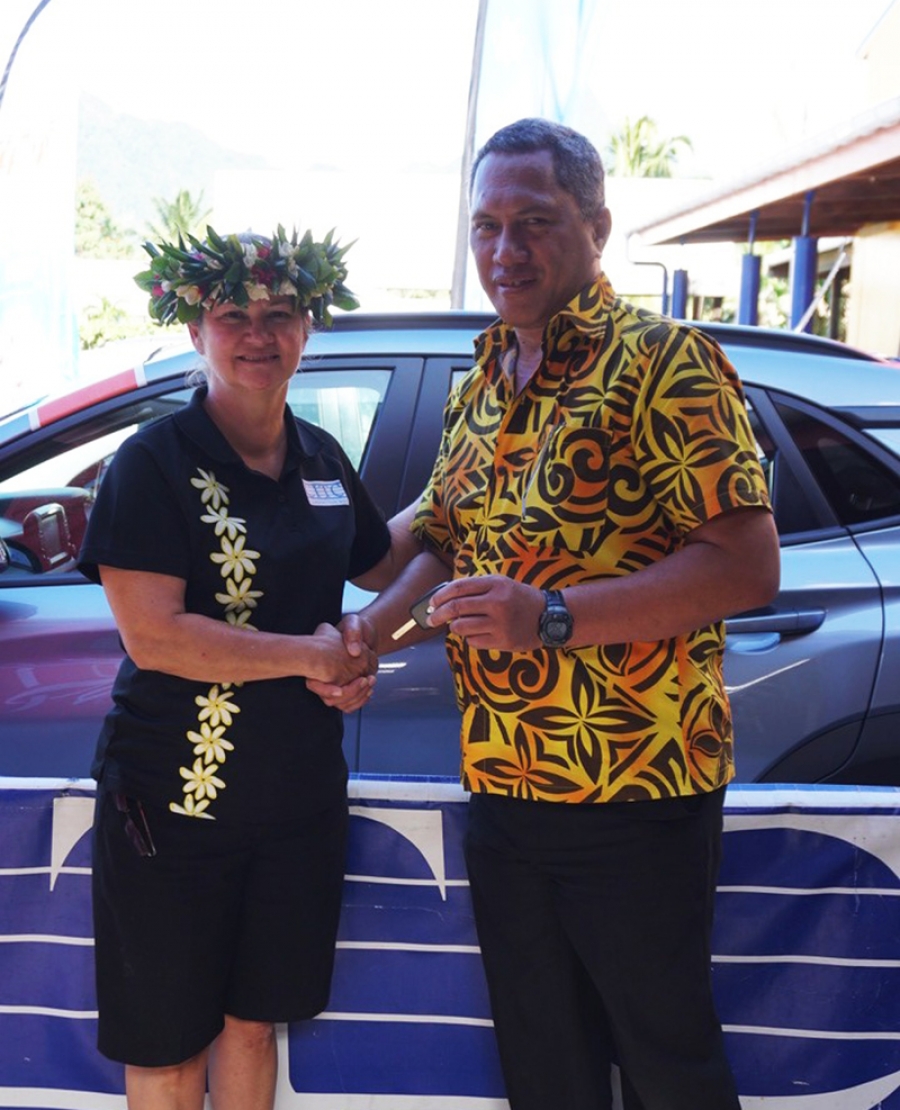 Tereuautu Ringi collecting the keys to his brand-new car from Gaye Whitta on Monday. 18082028

After 13 weeks it has finally been won – on Monday CITC announced the winner of the brand-new Hyundai Kona which was to be given away as a part of their spend $20 promotion that started back in May.

“I think a lot of people appreciated that you could get something simply from buying your groceries, and not having to purchase specific products,” she said.

Brand manager George George said they had received more than 100,000 entries into the competition, which closed on Sunday.

“We had about 96,000 entries alone from our food outlets, which is huge,” said George.

“As Gaye said, I think a lot of our customers enjoyed the fact that if they simply spent $20 they could walk away with this car – pretty simple, and a good reward at the end of it.”

During the announcement on Monday, George rang the chosen winner – Tereuautu Ringi from Matavera – to share the good news.

Ringi, who was at work at the time, was very excited to have won, but unfortunately wasn’t able to pop down and officially collect the keys right after the announcement. H

Whitta said the company’s next promotion will start on September 20, with another major prize to be given away.