‘A Boy From Rarotonga’ to screen in NZ 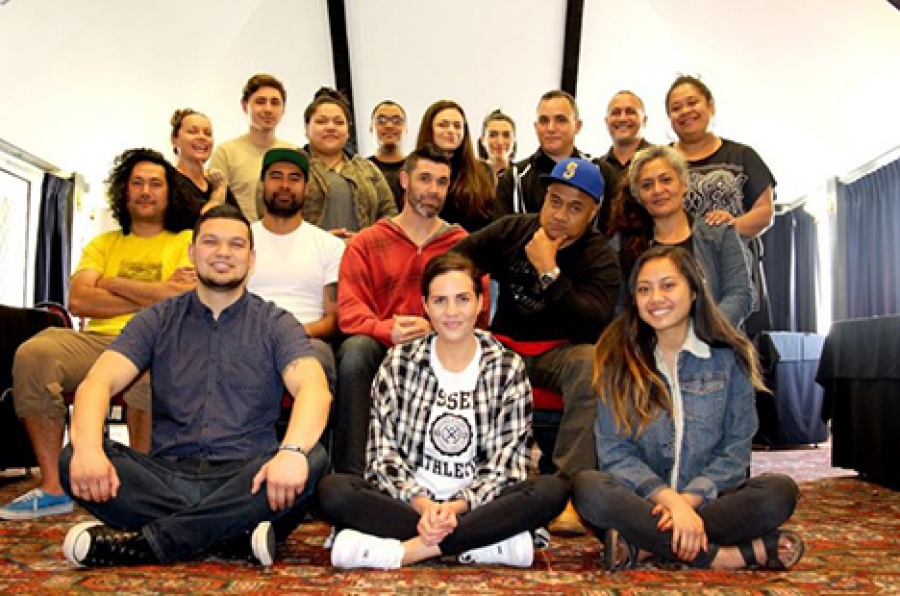 Joshua Teariki Baker (back row, second from the left) alongside other Pasifika filmmakers at a recent workshop.

The short film ‘A Boy From Rarotonga’ is set to screen at the 2018 Wairoa Maori Film Festival, being held in the Hawkes Bay, New Zealand.

The film was created by local director Joshua Teariki Baker, who has Mangaian ancestry.

Founded in 2005, the Wairoa Maori Film Festival is focused on Maori-made and Maori-themed film works, with a diverse international indigenous selection of films and a particular focus on the Pacific also.

Baker recently returned to Rarotonga after obtaining his bachelor’s degree in performing and screen arts from New Zealand’s Unitec university. He has been actively encouraging Pasifika people to “tell their stories” through the medium of film for some time now.

“It’s exciting to be a part of the Wairoa Maori Film Festival…To be able to represent the Cook Islands in a Maori and Indigenous film festival within Aotearoa is humbling and it is the reason why I create films,” says Baker.

“I hope to one-day reach the [same] level of prestige for Te Mire Ata: Te Kuki Airani Film Festival - that will one day be on par with the Wairoa Maori Film Festival” says Baker.

He has established a production company called Teariki Productions, which will be collaborating with another local creative company, Motone Productions.

Motone partnered with the Maoriland Film Festival for the “Through Our Lens” project, which saw 12 aspiring Cook Island filmmakers participate in a workshop to develop their own short films.

Out of the nine films selected for screening at the Maoriland film festival, three were made by Cook Islanders. These films made their debut last month at the festival, which was held in Otaki, New Zealand.

Baker says the “ultimate goal” is to tell “engaging and authentic” stories of the Cook Islands people and its culture. “Right now, I think the Cook Islands is heading in a slow but positive direction towards the development of our creative sector,” he says.

A Boy From Rarotonga was created to “shine a light on Kuki Airani Maori and Te Kuki Airani People who have migrated to New Zealand, and the hardships they face whilst there,” says Baker.

“When casting the roles for the film, finding an elderly mama who spoke Maori was easy. However, when it came to the role of the boy, it was harder to find a young Cook Islander in New Zealand who knew the language fluently.”

The film is about an elderly woman who is isolated in her New Zealand state house, following the death of her husband.

She is forced to look after a grandson she never knew she had. She must learn to accept the mistakes of her past and reconnect with family she thought had forgotten about her.

The Wairoa Maori Film Festival begins today and runs for four days. Five features and over fifty short films will be presented throughout the festival, with works from New Zealand, the Cook Islands, Hawaii, the United States of America, Tahiti, Guam, Vanuatu, Chile, and Lithuania all on show.