Saturday 2 June 2018 | Published in Letters to the Editor 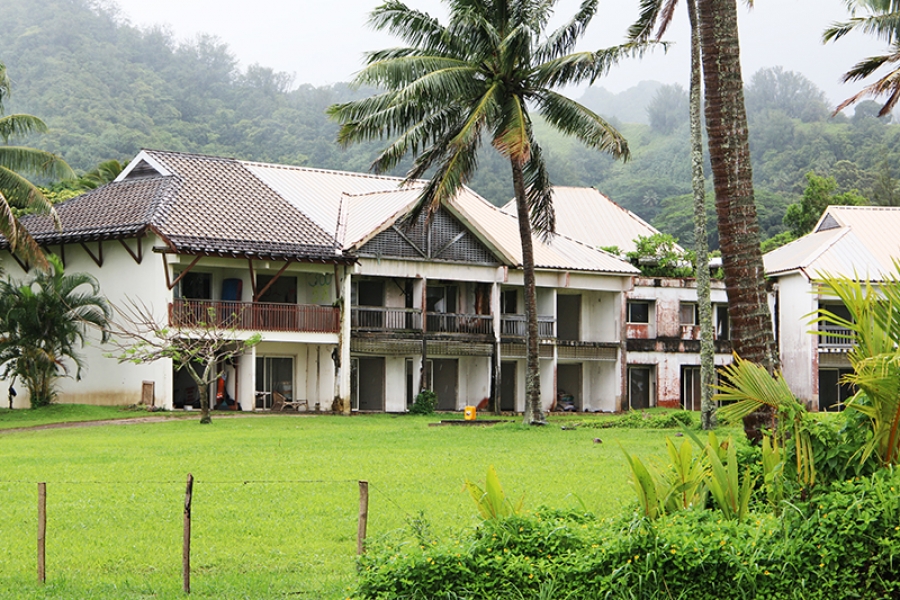 Democratic Party finance spokesman James Beer has questioned whether Te Mato Vai project has become the “new Sheraton”. Pictured is a section of the derelict hotel at Vaimaanga. 18053122

Dear Editor, I am picking up on the suggestion that John Scott made recently that the Te Mato Vai petition should be published in CINews so that those issues raised by the 2000 petitioners could be read again and issues faced now could be compared with the concerns raised four years ago.

I want to add some context and interpretation, since I was a member of the committee. I want to say to the almost 2000 people who signed the Te Mato Vai petition that the committee was unable to perform its task responsibly and conduct a proper enquiry because the government majority on the committee did not allow it and essentially hijacked the entire process to slant the proceedings and the report, to whitewash the whole affair.

Was it hindsight or was it the way things are expected to unfold here? Has Te Mato Vai become our new Sheraton Hotel as the TMV petitioners hinted four years ago that it would?

Everyone in the country wants to see value for money: the donors, the stake holders, the government, and the opposition all want value for money, despite one government minister suggesting publicly that the Opposition wants Te Mato Vai to fail. That man’s remarks are so very far from the truth, that when asked to back his public statement up with evidence he has remained silent. He was probably politicking.

Most people will know that Select Committees here in the Cook Islands are a rare event, particularly when we benchmark this against other parliaments in the region.

The TMV Select Committee procedures for a formal enquiry were not followed, and the poor results reflect this lack of rigour and due diligence.

In the intervening period it has shown that although the petitioners were correct to be alarmed about what might happen, what actually did happen was in fact worse than their fears:

The minister for ICI was on the select committee.

The minister’s company was the largest local contractor involved in the Stage 1 contract.

The Chinese contractor CCECC negotiated with the minister for his company to get the contract. Cost over-runs will be many, many millions and the quality control concerns have not been properly addressed.

In addition, the Select Committee failed to discharge its responsibilities:

The delay between the tabling and the eventual hearing was unacceptable.

Witnesses were not sworn in, despite requests from the committee that they should.

The committee failed to follow procedure set out in the Standing Orders.

The petition was not answered by the Select Committee. The report to parliament failed to address many critical issues and was intended to silence criticism.

The report sent to Parliament was not written by the committee and the views of some members were not reflected in the report.

I have to say, that in my opinion the irregularities and abuses in the Te Mato Vai project are the worst I have ever seen, exceeding even those of the core tax write-off scandal, or even that of the Pacific Schooners Ltd payment. Not because of its massive cost, but it has reflected both an exposure of foreign influence, affecting the fundamental requirement of the quality control process, political influence by the government to protect one of their own MPs despite the obvious conflict of interest.

The Te Mato Vai saga is a long way from seeing any daylight. The government has not come clean on the full costs to date: they have dealt with the land owners improperly despite getting plenty of advice to sort through this at the beginning, four years ago.

They haven’t dealt with land owner access agreements or dealt with landowner compensation for their land in the same way as they have dealt with the land for the solarisation projects in the Pa Enua.

Finally, as I see it, the way the government manipulated the work of the Select Committee and its report reflects deception or massive incompetence, or both of those.