Thursday 21 July 2016 | Published in Letters to the Editor 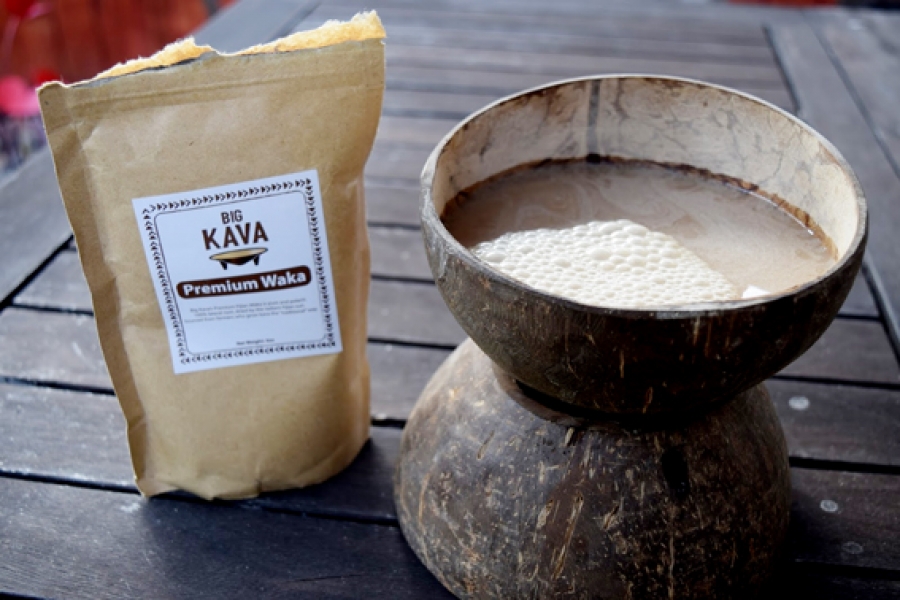 THIS IS part three of a debate initiated after the closure of Terry Rangi’s ‘Atiu Tumunu Experience’ in O’oa, Tupapa, a couple of months ago (CI News, May 26), in which I suggested Terry shift from “bush-beer” and reintroduce kava.

I supported that argument by saying that unlike bush-beer, kava is the “traditional substance”of Pasifika, lost from Te Ao Maohi (Rarotonga and its greater island group) during colonisation.

Kava is our “cultural keystone species” that facilitates clear-minded discussion without the violence so often associated with alcohol’s like “bush-beer” (CI News June 11 and July 9).

This prompted mostly positive responses, with one strong opponent, “William” (CI News online, June 13 and letter to the editor, July 13), being valuable in expanding this debate.

William’s latest response does contain some valuable points. I agree with him/her that the “three outstanding icons of our culture: singing, drumming and dancing,” wonderfully exhibit the traditions of Te Ao Maohi and allow participation by all ages and genders while involving elements of exercise. These, though, were virtues presented as contrasting the kava environment, used to support William’s argument that, “we Cook Islanders don’t place much store in kava anymore,” preferring instead “bush beer and papa’a liquor ... (which has) been entrenched in Cook Islands life” and culture.

While I may not agree with the contrast, this is William’s opinion and I appreciate the contribution this makes to this exciting topic.

What I would like to do is to clarify a few common misunderstandings about kava (that frequently pop up in internet searches or have even been wrongfully published), which William uses to support his/her argument.

Space constraints here mean these clarifications need to be brief although they are based on research by experts (some of whom I will quote), which can be found within publications on my website (www.aporosa.net).

Before getting into a few of the kava misunderstandings, I will cover William’s suggestion that the “three outstanding icons” of Te Ao Maohi culture make kava irrelevant.

Many Pasifika kava venues are environments in which song, dance and drumming are included, with this environment facilitating cultural practice underpinned by respect values where all age groups and gender, including children, are welcome and participate.

Admittedly there are places and times where women do not attend because some kava users are not inclusive, with this being similar to some alcohol environments. More importantly, kava venues – unlike many alcohol environments, are safe for the elderly, females and children.

Now to some of the common misconceptions about kava:

There is “very little proof that our ancestors partook of it (kava)” or that kava wasn’t “held in high esteem” in Te Ao Maohi:

I can understand how some may believe this. As several commentators note though, the early colonial move to eradicate kava in Te Ao Maohi was so swift and pervasive “no observations were made of its importance”. Additionally, several Pasifika migration/kava experts (including Dr. Lebot) have written on the early movement of kava across Pasifika (including to Aotearoa New Zealand) in which kava accompanied early voyagers due to its cultural importance. There is little doubt kava played a dominant role in pre-colonial Te Ao Maohi practice.

Kava looks similar to milky coffee although I have never heard milky coffee described as “awful,” whereas there are some good tasting kavas. One such example is a noble variety from Hawaii which tastes like unsweetened chocolate.

“Kava can lead to addiction:”

Kava’s “non-addictive” properties are well documented, with the authoritative British Medical Journal endorsing this. Moreover, kava is used in some drug-addiction therapy programmes as it is recognised as having an “anti-craving agent.”

The “effect of kava consumption is to numb a person and induce sleep:” Experts describe kava as facilitating “clear-minded discussion,” something a strong numbing agent or potent anaesthetic would prevent. Additionally, while kava does have soporific properties, pharmacology recognises these as “sleep-aiding” as opposed to “sleep-inducing.” Kava’s effects are so subtle that new users frequently complain about its lack of effect, often because they compare its subtle effects with alcohol inebriation.

“Kava is known to cause liver and kidney damage:”

Two years ago, following a 12-year court battle involving a number of kava experts, the Federal Court of Germany ruled that liver damage from kava was so rare it was negligible, and that this misrepresentation of kava had wrongfully damaged kava’s reputation. In a study that compared kava with Paracetomol/Panadol hepatotoxicity (liver damage), experts report that kava is “dramatically” safer than these commonly prescribed pain medications.

“Frequent consumption of kava is known to cause ... skin problems.”

I agree: prolonged kava use can cause a drying of the skin (called “kanikani” in Fiji), although the experts agree this is not harmful and reverses a few days after kava use has been stopped. There is some interesting writing on what academics call “the aesthetics of modernity,” or what looks modern and acceptable when compared with “primitive” and “native.”

Some ask, “why is there such a big deal made about “kanikani,” which is easily controlled, whereas the alcoholic’s bulbous red nose and cheeks are rarely questioned?

This is an interesting observation considering many of the traditional Te Ao Maohi songs, dances and drumming he/she points to as being the “three outstanding icons of our culture,” also have their roots in that same pre-colonial, often violent, past.

For a number of mainstream Pasifika Christian denominations though, kava’s accompanying respect values and unifying principals are seen as having “redemptive significance in the same manner as the Blood of Christ,” suggesting today’s kava use is linked to Christianity as opposed to being against it.

I am not suggesting that kava is some “wonder substance.” No drug is ever consequence-free, with humans having always used drug substances, at times detrimentally and abusively (see earlier article CI News, June 11).

One of my aims in promoting kava in such a passionate manner is to counter the incorrect and misleading reports about our indigenous substance. Additionally, kava is one of Pasifika’s most potent icons of identity and is our “cultural keystone species” which offers a vastly safer and more harmonious alternative to colonially introduced substances like bush-beer.

With kava’s links to our past, our music and dance, and its use underpinned by our Pasifika respect values with affects allowing for clear-headed talanoa, this is undoubtedly more superior to ‘bush-beer’.

This allows us “to celebrate and affirm our indigeneity,” (to quote “William”), with this particular goal being something I believe both William and I agree on. Dr Apo Aporosa,