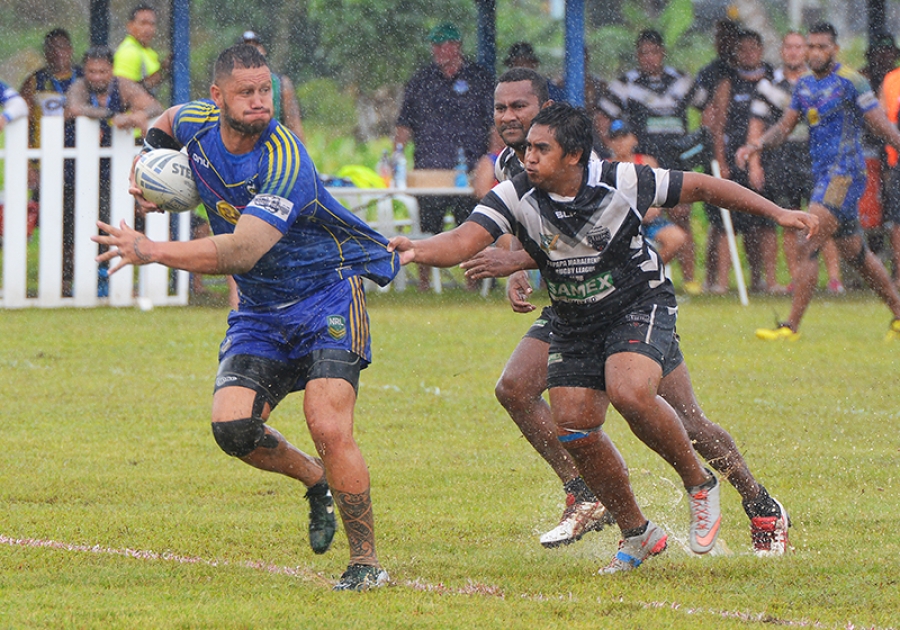 Avatiu Nikao Eels have won the past two Cook Islands Rugby League Nines tournaments. Pictured is Eels' Aaron Enoka (with the ball) at this year's tournament. 17122819

The third edition of the annual two-day tournament will kick off on Friday next week.

CIRLA competition coordinator Taua Benioni said to bolster the development of the sport, the Asia Pacific Rugby League International Federation (APRLIF) had agreed to send their consultant and provider for coaches, Shane Whitton from Sydney, for the CIRL Club Nines tournament.

Whitton will be assisting CIRLA throughout the tournament and will run a three day evening coaching workshop with all clubs, starting on Monday, January 8, from 5pm.

“It is a necessity that clubs have their coaches attend as this will result in having all coaches certified with a level two approval through the APRLIF and also for our clubs meeting the CIRLA requirements,” Benioni said.

Early this year, CIRLA ran a similar programme with former Kiwi Tony Iro, who was the special guest at this year’s tournament.

“We have done the same for our referees as all participating referee officials are certified every year,” Benioni said.

“Rugby league has picked up immensely within the last five years here in the Cook Islands. Visiting teams, tri-series, affiliated states (Australia), imported players joining our clubs and our international teams have attributed to the success of the sport so far.

“We want to continue this by bringing qualified and certified coaches and officials to help improve the sport further.”

Benioni is hoping that with the help of the overseas officials, the upcoming Nines tournament will be a successful one.

The Aitutaki Sharks who have not featured in the last two Nines tournaments, have once again withdrawn from the event.

“Eight more days and it’s all on. Just got notice our Queensland Kukis have now bolstered their team up from 16 to 20,” Benioni said.

“Their captain/coach and organiser Malcolm Uri played here recently with the Aussie Kukis in the last Tri-series and is looking forward to the challenge.”

The CIRL Nines tickets have been distributed to all six league clubs for sale. Tickets cost $10 for both days and $7 per day at the gate.

Tickets will also be available at stores around the island starting with the Tepuka Store at Nikao.

For enquiries regarding tickets contact Taua Benioni on 50893 or Elizabeth Tou, 52681.