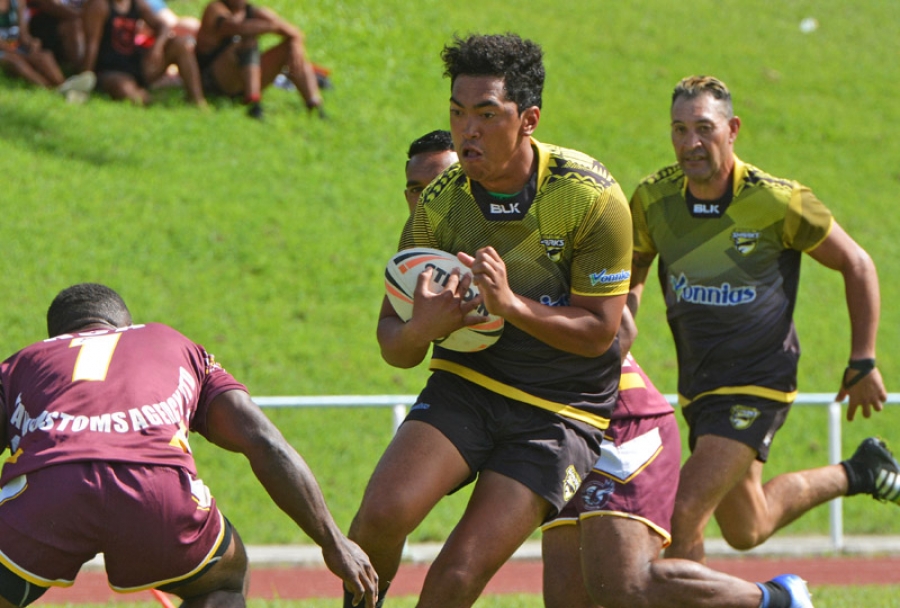 Aitutaki Sharks are making a return to the Nines tournament which starts today. 19010722

Defending champions Tupapa Panthers are wary of the challenge in the Bishops Cruises Rugby League Nines in Paradise which will kick off today at the BCI Stadium in Nikao.

The side who claimed the title for the first time after thumping Queensland Kukis 41-15 last year have been preparing for about two weeks in a bid to defend the title.

However Panthers coach Darren Piri said winning the Nines title second year in a row would not be an easy task.

“I think all teams are coming with the mission to win this tournament and we are wary of all of them. They all will be tough but we look forward to the competition,” Piri said.

“We have been in training for about two weeks but getting the players together has been mission. There is no overseas-based players for this tournament, only the local boys who featured for us in the past season.”

The Panthers will take on Aitutaki Sharks, who are making their return to the tournament, in the opening match at 2pm today.

The side will play Arorangi Bears in the second match before battling Titikaveka Bulldogs today.

The Sea Eagles after their historic win last year are the other favourites for the Nines title.

Meanwhile Cook Islands Rugby League has managed to get a new naming sponsor of the Nines tournament.

Nelio said the tournament would be called the Bishops Cruises Rugby League Nines in Paradise.

“Teina is very happy to sponsor the Nines event and wishes all teams the best of luck.”

The two-day tournament will feature six teams – five clubs from Rarotonga and Aitutaki – as well as two women’s teams, Town and Country.

Admission for adults is $5 and for children gold coin donation.