Sea Eagles look for another win 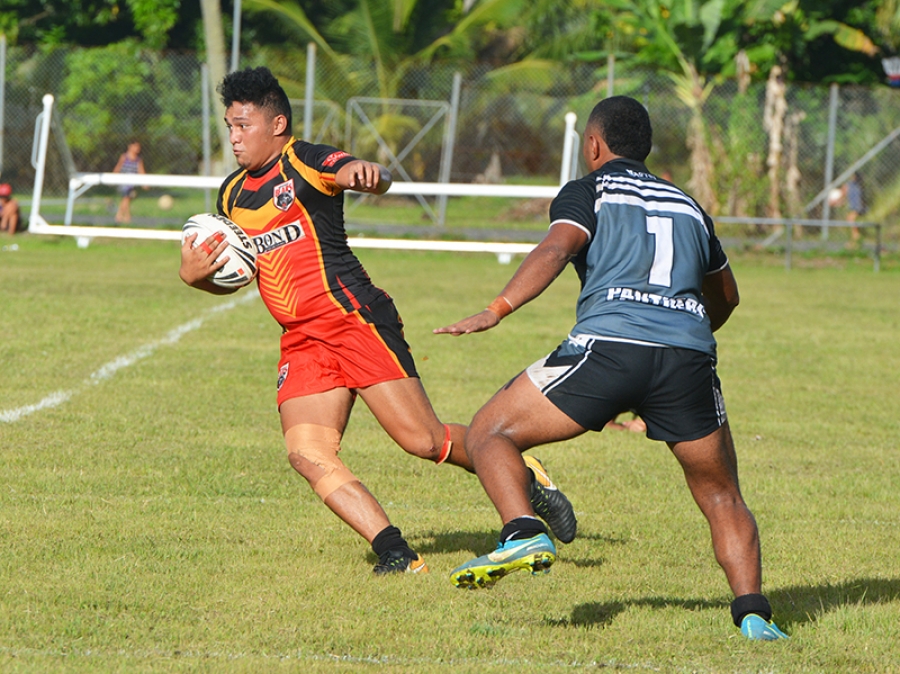 Arorangi will look to players like James Strickland to exert infl uence in their match against Takuvaine this afternoon. 18032320

Nukupure Park will host the domestic rugby league’s competition game of the week this afternoon, as the Ngatangiia/Matavera Sea Eagles host the Titikaveka Bulldogs.

The Sea Eagles will be buoyed by their strong win last week, which saw them mount an impressive comeback to down the Takuvaine Warriors 38-18.

Down 18 points with only 20 minutes to go in the match, they blitzed the Warriors to claim a famous victory.

This week’s opponents, meanwhile, stagger into the game after suffering a comprehensive dismantling at the hands of the undefeated Avatiu/Nikao Eels.

The Bulldogs, like the Sea Eagles, also faced a massive deficit, but were unable to rally as the Eels systematically choked the life out of them, and have now asserted themselves as the prime contenders for the competition trophy.

However, the Bulldogs do have championship pedigree to fall back on, as they are the reigning champions, which should make for a fascinating local derby clash today.

Unfortunately, the home team will be without their two Papua New Guinea recruits, Joshua Nani and Raiven Jonah, who missed their flight.

That is a blow to the Sea Eagles side that currently sits fifth on the table with four points, although both Nani and Jonah are expected to arrive next Wednesday.

The other match today will be between the Arorangi Bears and Takuvaine Warriors, played at Raemaru Park in Arorangi.

In their match last week, the Bears fought off a surprisingly active Aitutaki Sharks side, who battled bravely in their 20-10 loss in Aitutaki.

Takuvaine will look to rebound from their shock loss to the Sea Eagles last week, so the Bears will need to look at players such as halfback James Strickland to take the lead.

Yesterday, the Tupapa Maraerenga Panthers were scheduled to host the Sharks at Victoria Park, while the Eels are on a bye.