Plenty of interest in Nines event 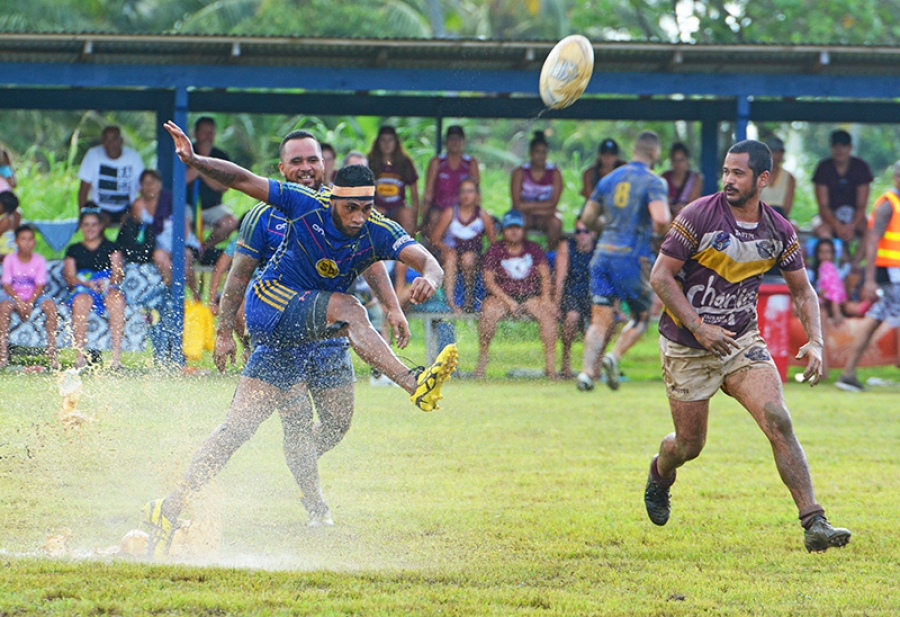 John Penu and Avatiu Nikao Eels will be out to defend their Cook Islands Rugby League Bluesky Club Nines title this Saturday. 18010320

The interest from the public in support of the Cook Islands Rugby League Bluesky Club Nines tournament has impressed the organisers.

The two-day tournament will kick off this Friday at the BCI Stadium in Nikao.

Tournament coordinator Taua Benioni said there had been wide interest, with local individuals willing to support and contribute to the tournament.

“It’s a great concept especially for all our clubs in Rarotonga, but it’s a pity that Aitutaki is not part of the event,” said sixth-placing sponsor of $500, Papa Patrick Parakoti.

Parakoti teamed up with Grant Priest to sponsor the prize money.

Mike Mouauri, also a sponsor of $500, said: “It’s been an excellent concept since it started in 2016. Even though I have interest as an official in soccer, I enjoy Nines with diehard fans at Avatiu”.

Papa Ria and Mama Rose of Tepuka Store in Nikao are sponsoring the player of the tournament with a cash prize of $250.

“The Bluesky Nines is a great concept and buildup for their main competition starting in February,” they said.

Palace Takeaways and Hawaii Pacific Maritime are joint sponsors for the fourth place $1000.

Benioni said both companies were keen supporters of rugby league in the country.

“Australian husband and wife Mick and Di who have been here for the last two tournaments are sponsoring the trophy for our player of the tournament and the fifth placing prize of $750,” Benioni said.

“Of course our main sponsors - Bluesky, Vonnias, Tourism Cook Islands, Edgewater and Polynesian Bike and Car Hire, have been there for CIRL Bluesky Club Nines from the beginning.

“A big meitaki maata to them all for their support.”

CIRL Nines tickets have been distributed to all six league clubs for sale. Tickets cost $10 for both days and $7 per day at the gate.

Tickets are also available at stores around the island.