Panthers in the driving seat 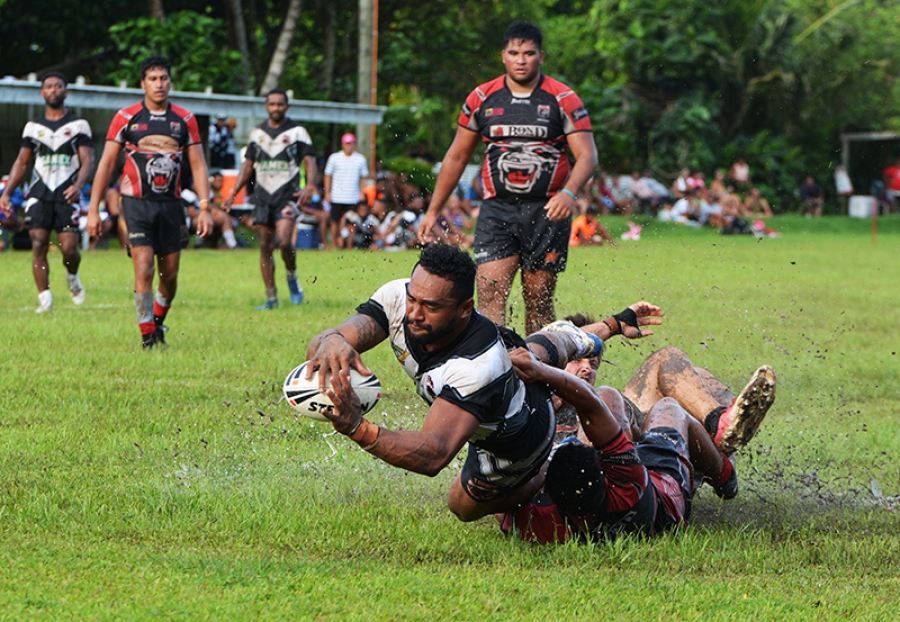 Tupapa Panthers have strengthened their lead in the Raro Cars Rugby League competition after another big win.

In round two competition on Saturday, the Darren Piri-coached Panthers smashed Arorangi Bears 44-18 at Victoria Park.

Last week in round one, the 2018 champions thrashed Titikaveka Bulldogs 52-26.

The Sea Eagles were made to work hard in their narrow 28-26 win in their first match of the 2020 season.

But it was the Panthers who stole the show in round two with a superb comeback to ruin Bears hopes of staging a major upset.

After a narrow loss in round one to Avatiu Eels, the Bears came determined of claiming the maximum points in their first away match.

They started off well, scoring the opening try through Leonard Roa to go up 6-0. The visitors commanded play in the opening quarter of the match but were unable to get past the sturdy Panthers defence wall.

After a jittery start, the home side managed to get their attacking formation in place and scored three tries to head into the break with a 16-6 lead.

In the second spell, the Panthers ran rampant, scoring five tries, three of which came from centre Tua Ravula, to Bears’ two. The Panthers won 44-18.

Coach Darren Piri was pleased with the match points but pointed out some areas of concern.

“We are still making a lot of mistakes, we just need to concentrate on those mistakes. Fitness is another issue, it was pretty evident both teams lacked fitness,” Piri said.

The round two competition also saw the start of the inaugural women’s league between Town and Country. Town won the match 26-6.