Marsters gets his act together 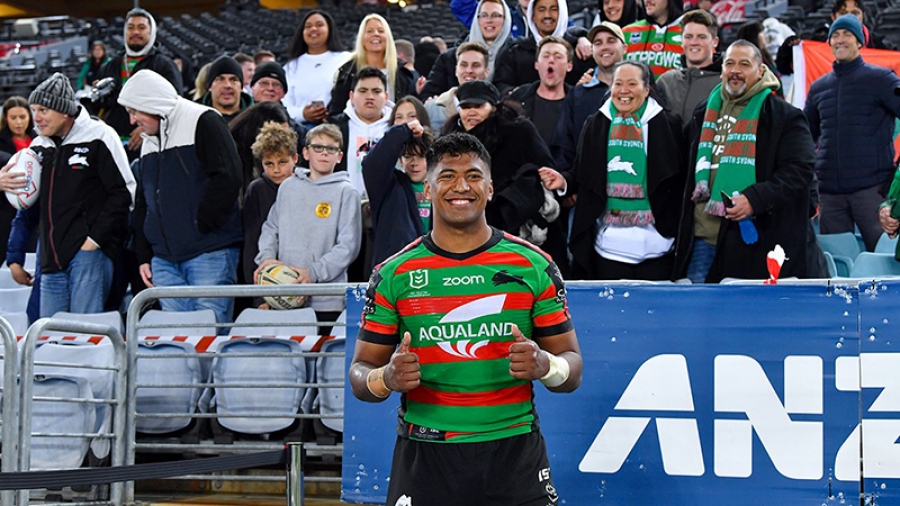 An upcoming national rugby league star dealt with personal and family issues over the past six months that led to emotional eating and piling on weight.

After failing to turn up to training for a third consecutive day in June, the 20-year-old walked into Bennett’s office one morning not knowing what was about to come out of it.

“I thought this isn’t going to end well,” Marsters said after his NRL debut with South Sydney Rabbitohs on Saturday.

“I said to him from the start just tell me everything openly and honestly. He broke it down and got straight to the point. He said I could be a good player but my attitude needed to be fixed. He gave me the word that I better get my act together or that’s it.

“He did threaten to sack me and that hurt me, it scared me but I think it was the best thing he ever did for me.

“I wouldn’t be here without him giving me that advice. It was more my discipline and attitude towards training. My weight was bad. I knew I had to trim it down but couldn’t.

“I was eating emotionally – eating McDonald’s and Hungry Jacks sometimes twice to three times a day.”

Marsters, who made his Cook Islands debut last year, broke down in tears on the game day when Bennett gave him the unlikeliest of phone calls.

Bennett joked he told Marsters to “cry after the game and not before” during their conversation but told reporters later it was deliberate to tell him of his call-up on the morning of the game so he had little time to think about the occasion.

“I thought, nah, I’m just going to do it (cry) now and not in front of the fans,” Marsters grinned.

“It was a good chat. When Wayne rang, I actually missed a few of his phone calls and was a bit shocked so I tried to call him back and then he didn’t answer.

“I got named as 18th man originally but didn’t think I was playing at all. I’ve been ball boy two weeks in a row now.

“It hasn’t sunk in yet that I’ve made my debut. At the start of this year, it was tough. I was going through a couple of things in my personal life that was tough. My family was struggling for money as well and I thought I could definitely be that support.”

“He is still young but has heaps of potential. We provided him the opportunity to play at the international level and hope that exposure helped him push into the NRL level,” Carlson said.

“We are monitoring players like him as we look forward to our preparation for the World Cup next year.”

Off contract at season’s end, Marsters’ taste in first grade has provided him the spark to play for a future contract either at the Rabbitohs or elsewhere.

His try-scoring effort against the Sea Eagles was a solid start to future ambitions.

“I feel like I'm the man of the family even though my dad is there, I feel like I can do better for us as a family,” he said.

“My mum sacrificed a lot for me to get me here. After today I’ll definitely work harder, it’s been a good turnaround for me.”