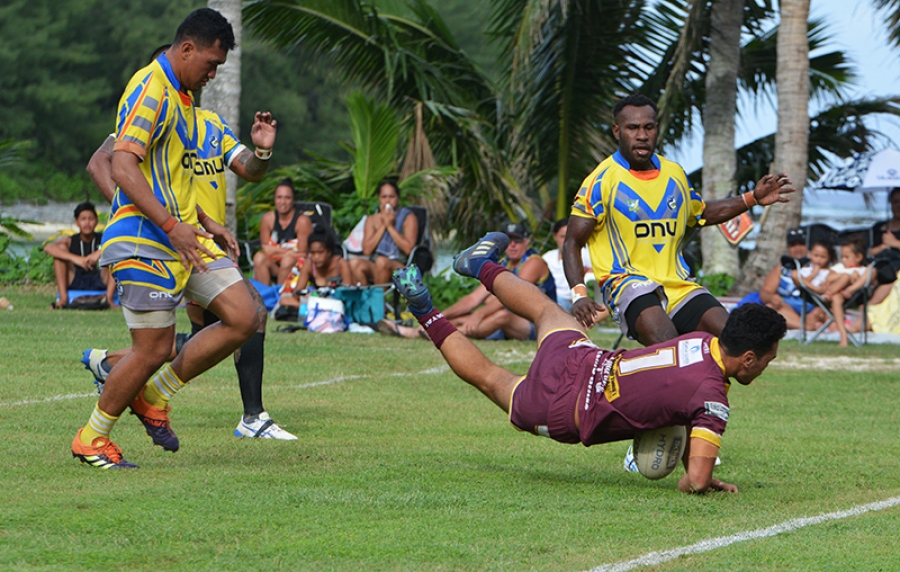 Indiscipline made Eels’ job all the harder.

Avatiu have ended Ngatangiia-Matavera’s unbeaten run in the domestic rugby league competition after a hard fought 22-16 win at Nukupure Park on Saturday.

The fiery battle saw plenty of hard hits and damaging runs, keeping fans from both sides on their toes.

The Sea Eagles headed into the round three Raro Cars Rugby League clash with an unbeaten record that they had held from the start of the 2019 season.

But a jittery start to their 2020 season in a close 28-26 win against Titikaveka Bulldogs last week put their unbeaten run record at stake.

Sensing fragility in the Sea Eagles, the Eels played their cards well, especially in the second spell, to end the hosts’ long running winning streak.

The Eels brought in a much needed reinforcement to their backline fielding three Papua New Guinean imports Mafu Kalas, Towari Kenake and Martin Yanda against the Sea Eagles. They impressed with their speed and skills.

Both teams took a cautious approach in the opening spell but indiscipline, which has been the Eels’ major downfall, came to bite them again when they lost Lai Rogorogoivalu to a sinbin.

The Sea Eagles capitalised on the advantage and after a string of passes orchestrated by the outstanding Ben Wemin, Pita Ravulu dived in the corner for the opening try to lead 4-nil.

Minutes later Juwaan Terekia punished the ball-watching Eels defenders when he pounced on his grubber kick to extend Sea Eagles’ lead to 10-nil.

The Eels managed to get one back from Sione Ioane to trail 6-10 at the break.

After a poor start, the Eels managed to find their rhythm in the second spell thanks to some individual brilliance from their PNG imports.

Mafu Kalas got a brace and Lai Rogorogoivalu managed one try to help the Eels claim the 22-16 win.

The Sea Eagles, who managed only a try in the second spell from Mark Tuaati, tried hard but fell short against a gutsy Eels defence.

The team is also missing some of their key players from last season as well as their coach Bobby Hansen, who has decided to take a break this year. Veteran player Willie Kauvai is coaching the team.

In the other premier clash, Arorangi Bears thumped Titikaveka Bulldogs 48-16 at Raemaru Park.

Tupapa Panthers, who were on a bye, maintain their lead in the competition followed by the Eels.