A scratchy start, a storming finish 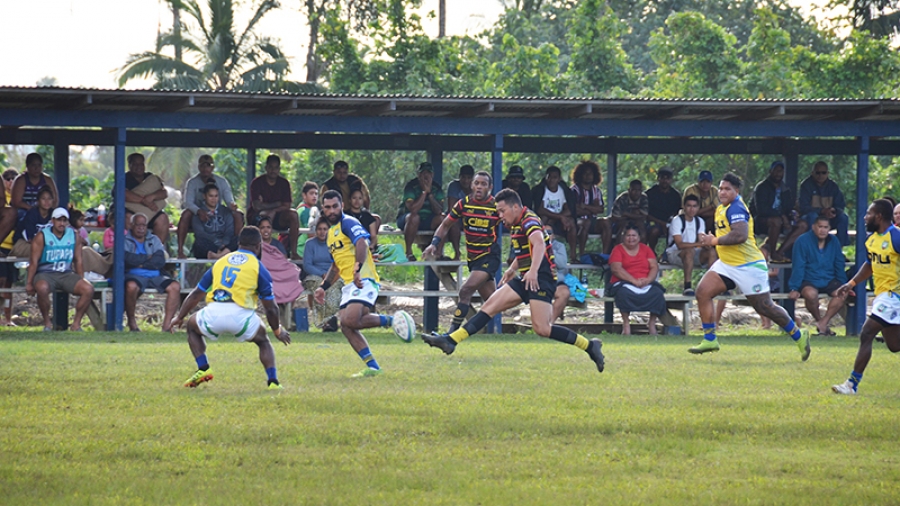 A good crowd watches Arorangi Cowboys chip ahead in a bid to beat the Eels defence. 20072612

All the action was in the second half of this weekend’s key rugby clashes.

The stop-start match was spoilt by ill-discipline from both sides, said rugby development manager Ben Koteka.

As expected, it was an even contest through most of the 80 minutes on Avatiu Field, with the scores locked at zero at halftime, and then 11-7 for most of the second half.

Arorangi’s only try was a penalty try. John Penu broke through with a try for Avatiu, early in the second half, and Gabby Tokelau kicked two penalties.

It wasn’t until the 70th minute of play that replacement Eels left winger Genesis Piri went over in the corner to push their score out to 16-7, and seal the win.

The starring players for the Eels were lock Sione Likiliki and prop Toru Katuke.

The Takitumu team, with six under-19 debutants, played with plenty of spirit but they were unable to keep pace with the Panthers.

The Panthers led at the halftime break by 22-nil.

In the under-19 competition, Town went into the halftime break ahead by 13-7 over Country. But in a great match for spectators, Country stormed back to win 22-16.

Country’s tries were scored by Xavier Rauraa, Taio Taio, Vaipo Mataora and Troy Matutu, with a conversion by Thomas Daniel.

In the under-16 game, disciplined Town came back to win 10-5, with both its tries (to Terry Akava and Kiana Pomare) in the second half. Troy Matutu scored the Country try.