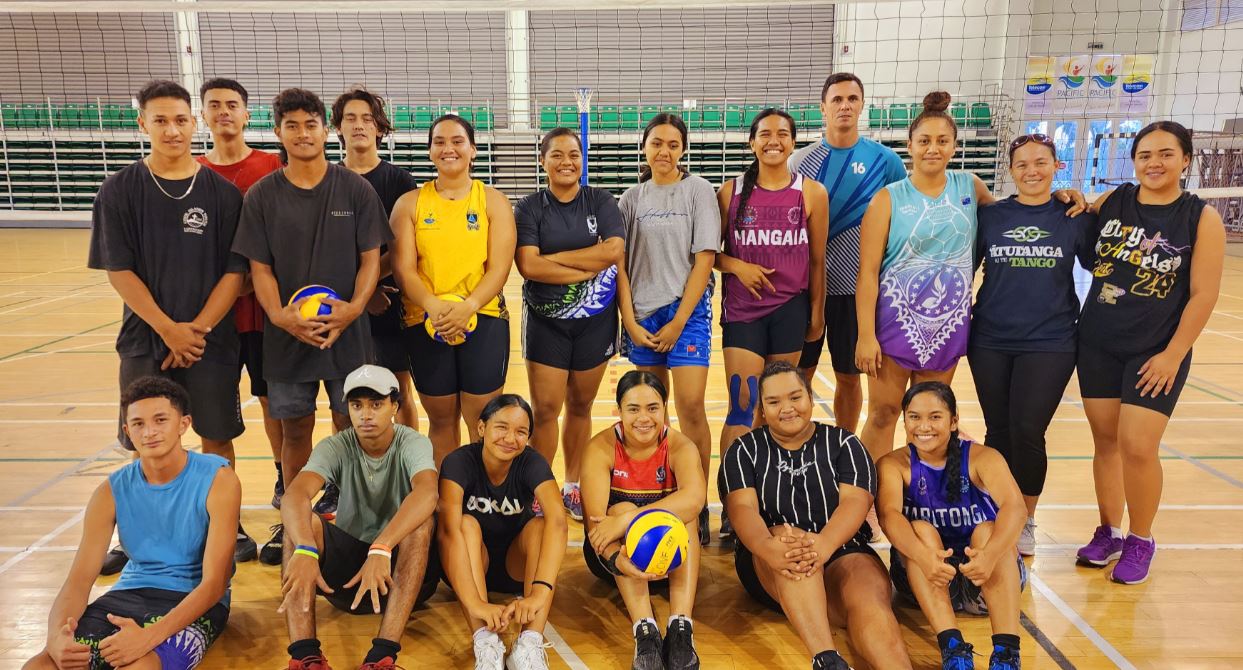 The local invitational squad at training for the test match series later this month. - 22111510

Aotearoa Māori men’s and women’s volleyball teams are coming to the Cook Islands for a test match series against a local invited squad.

Aotearoa Māori Poirewa men's team will bring nine players and the women’s team will bring 10, accompanied by seven staff and officials. They arrive in Rarotonga on November 22 with matches scheduled for November 25, 26, and 28, at the National Arena in Nikao.

It’s the first competition in what is hoped to be an annual event.

Heath said the squad was largely made up of players who had trained with local NGO, Kōrero o te `Ōrau’s volleyball programme over the last two years.

“I thought this would be a good opportunity for them to put those skills to practice because they've been dedicated for quite a long time, this is their chance to get to use those skills,” Heath said.

“We've got a core group of players and we're kind of using this as kind of a development tournament.

“It's probably not going to have all of the best men on the island and it’s kind of a mixture of junior players and senior players.”

Jackie Rongo, secretary of Kōrero o te `Ōrau and also the coach of the local women’s side, said she was “over the moon” her players could play in the competition.

“Having that opportunity to play an international side, this is a step in the right direction,” she said.

Graham said the teams wanted to visit cultural heritage sites and the Ministry of Culture.

“This is the start of an annual invitational volleyball competition which is hoped to attract other indigenous teams to attend,” Graham said.

Rongo said she hoped other Pacific Islands would join in future competitions.

She said the New Zealand squads supported Māori youth using “volleyball as a vessel to help them on their journey through life”, which was similar to what was being done with Kōrero o te `Ōrau’s volleyball programmes.

“That’s very similar to what we're trying to achieve with our programme, volleyball is just one part of what we do, and it's really about holistic learning, about promoting discipline, clean habits, commitment, all those core values that we hope our youth will embrace.”