Village pride at stake as Kumete games prepare to kick off 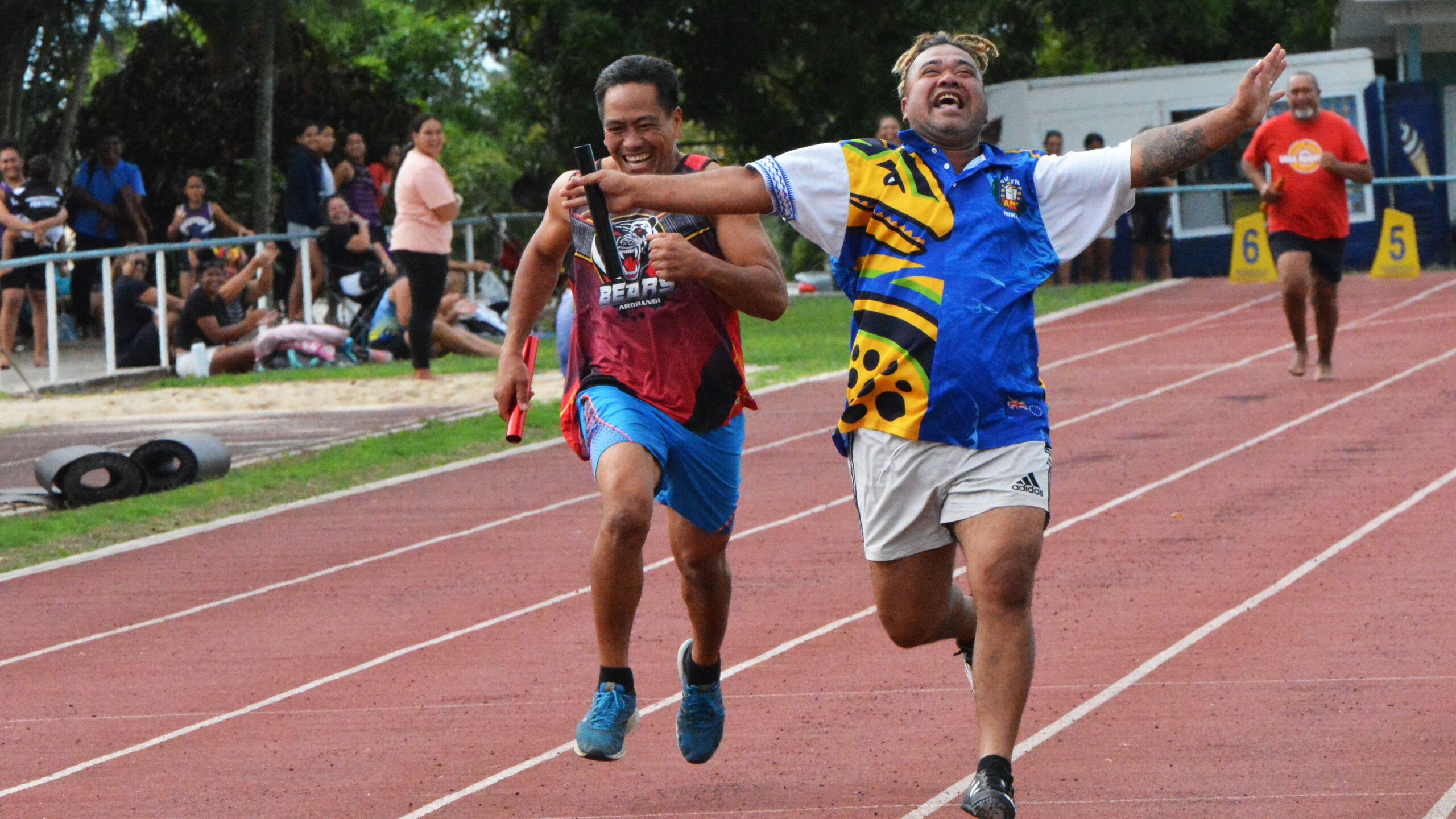 Bim Kiriau of Avatiu celebrates as he nears the finish line in the 4x100 metre father and son relay last year. Photo: Supplied/21060704

Village bragging rights are on offer at the annual Kumete Games to be held tomorrow at the National Stadium in Nikao.

The games, which caters from Under-13 to Master’s level, features all the villages in Rarotonga, and a host of track and field events, including 100m, 200m, 400m and 800m individual racing and relays, along with shotput, long jump and discus.

Co-organiser Michael Tolosa said the purpose of the Kumete Games was to bring all the villages together.

There will also be a tug-of-war competition.

“It’s a chance for them to compete against one another, but also have a lot of fun,” Tolosa said.

“Hopefully every village will provide some competitors, last year we got about six or seven of them.”

Tolosa said it would also provide the opportunity for some of the athletes to prepare for the Cook Islands Games to be held later this year.

“But really, all ages and abilities are welcome,” he said.

Co-organiser Marie William said the preparations for the event had taken about two weeks, although there were no set training times.

“It really depends on who turns up on the day,” William said.

“Some people just decide that it’s time to unleash their inner athlete, while others want to roll back the years and give it a go once more like they’ve had in the past.

“For me, the best thing about it is connecting with some of the older athletes who you haven’t competed against in years.”

“And those bragging rights can last up to a year,” she said.

William said the event was also very useful for up-and-coming athletes, as they could be singled out for future competitions such as the Cook Islands Games.

“It’s a great chance for them to really show how good they are,” she said.

William said last year, more than 200 athletes participated, and she was hoping for similar numbers this year.

“It’s going to be quite exciting,” she said.

The event takes place on Ariki Day at the National Stadium from 12.30pm to 5pm.