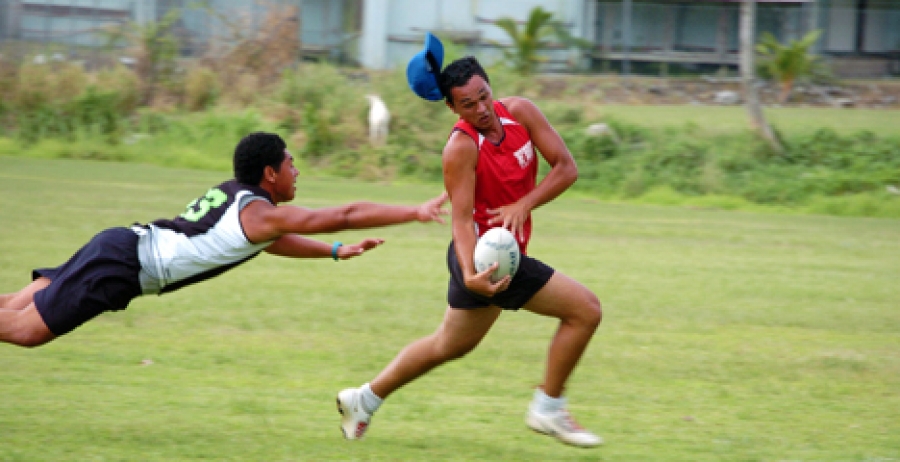 The new 16s and under mixed competition is creating a lot of excitement with the young players along with their managers and supporters.

They now have a chance to play in a competition against their own peers rather than in the open competition.

It is improving their skills, understanding and confidence in playing the game of touch.

This introduction will make them better players as they move up to senior level.

Results from the 16 and Under Competition:

Young Patriots 2 vs No No 2

Results from the Open Mixed Competition:

The Vodafone open mixed competition kicked off with newcomers Deucez taking on NESSGO in an exciting game with both teams having fun.

This game was won by NESSGO with 10 touchdowns to Deucez five touchdowns.

Next up was Nukz Power taking on the experienced 007 in a fast game.

Under the calm guidance of national coach Johnis Atai, 007 stuck to its structured game plan and were able to take control of the game play and lead on the scoreboard.

Not giving up, Nukz Power put up a fight and was able to break the 007 defence to put points on the board scoring three tries.

Despite the loss, the Nukz Power youngsters will have learnt from playing an experienced side will improve and be stronger - 007 eight touch downs and Nukz Power three touch downs.

Mamio Mangaia played an exceptional game against the seasoned KAPS to win by two touch downs.

This win should be a confidence boaster for the young guns.

It would seem that KAPS is still coming to grips with the new rules. No doubt in the next few weeks they will find their form.

The game of the night was a close one between two seasoned touch teams Team ATT and ICI.

The two teams battled it out in a tit for tat fashion until their speedsters were able to get around the defence and score.

It was fantastic to see the hard work done by the mids, finished off by the wingers from both teams.

Working well for ICI in the middle on the seven metre line was the combination of Rima Moekaa and veteran Spoon Marsters with his wicked step to beat the defence and score.

Impressive from Team ATT was Alma with low dives at the feet of the defence on the try line to get points on the board for Team ATT.

The game was locked on equal points in the second half.

However, ICI managed to score from an ATT turnover to break the lock.

Minutes before the full time hooter saw quick thinking from twins Rima and Kura Moekaa set up for a quick try in the corner from one of them in the to finish off the game for ICI to win by six touch downs to Team ATT four touchdowns.

The draw for today’s Vodafone Cook Islands open men’s and women’s competition is as follows: