Avarua Squash Courts back in the groove 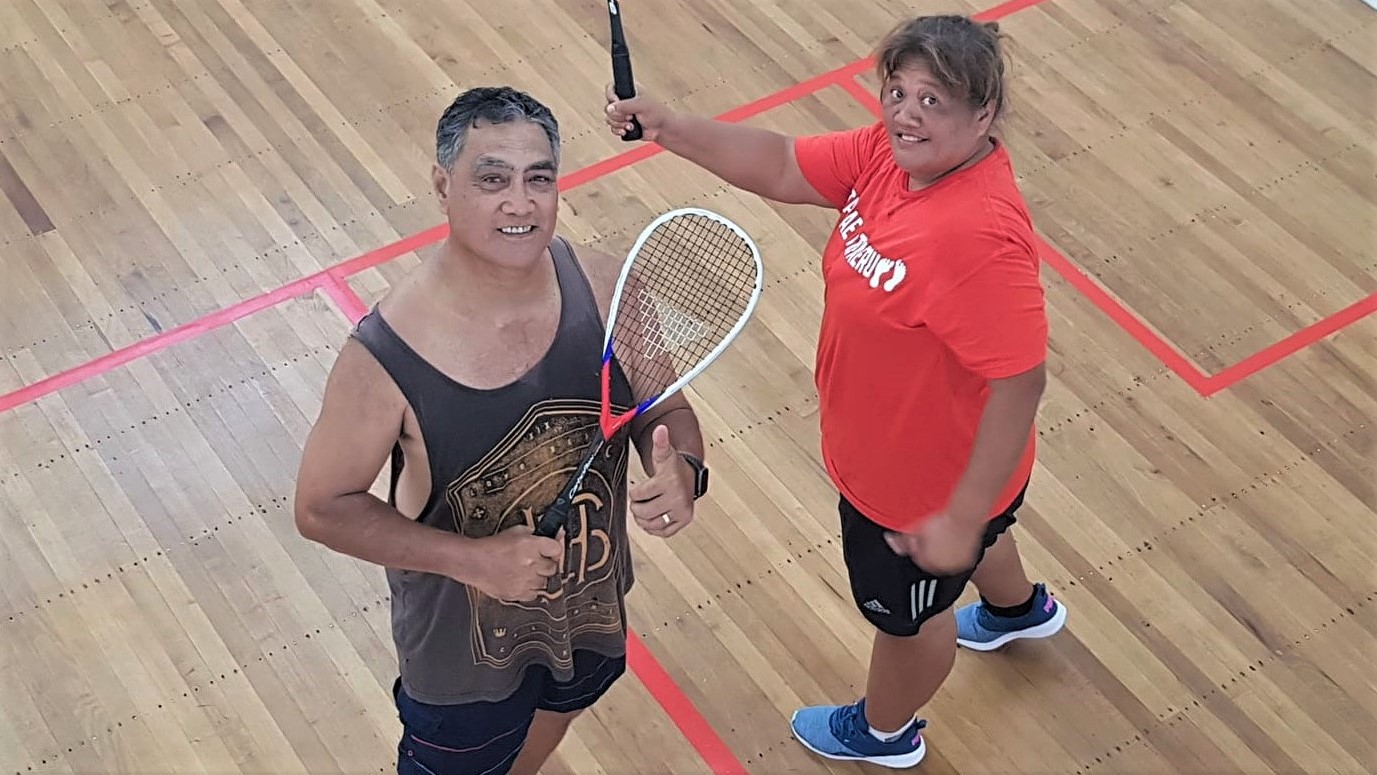 After a lapse of 10 years, the Avarua Squash Centre located at the St Joseph’s Catholic Hall have come alive again with reopening of the sports facility in late January.

The driver behind the Avarua Squash Centre is Linda Kauvai-Howard who has returned home to live after 25 years of living abroad in Brisbane, Australia.

Moving home last year, she noted that the squash courts were being renovated, and listening to families and friends talking about the facilities she “got involved to help out”.

“I’m not a squash player,” Kauvai-Howard laughs. “I just wanted to see the courts open again, so I quickly got a proposal together and handed it in…”

“The focus was to bring back a lot of the old members, and in my proposal 100 per cent of the earnings goes back to the church, to also assist with our church.”

Members who have signed up also step up on board to help out with the centre.

“No one gets paid, we are all volunteers. All the members do their bit keeping the premises clean, the last people who use the court usually mops the floor, so that’s been great for all of us. Once you become a member you are part of the volunteers.”

Kauvai-Howard is happy to see the enthusiasm and commitment from the new and inexperienced members in the sport, who are enjoying the facilities.

“We want people to feel comfortable when they come here and to respect the rules.”

Kauvai-Howard acknowledged the support from Ake Utanga, Cecilia (Sweet) Piri and her husband Terry and the St Joseph Catholic church committee for their support.

Enjoying being active in the community, she said: “I just love being back, it’s been so great and I know there are more Cook Islanders moving back to live (here) this year.”

People start hitting the courts from 5am and bookings are available for later in the evenings.

There are two bathroom amenities upstairs, and the members have plans to upgrade the toilet facilities.

The membership fee per person is $30 per month and racquet hire is available, check out the Avarua Squash Centre Facebook page

Since 1991, the Rarotonga Squash Club had played their games at the Avarua Catholic Squash courts for 20 years.

In March 2011, the Rarotonga Squash Club moved to their new home at the National Sports Arena in Nikao. The Sports Arena squash courts were built in 2009 for the Pacific Mini Games.