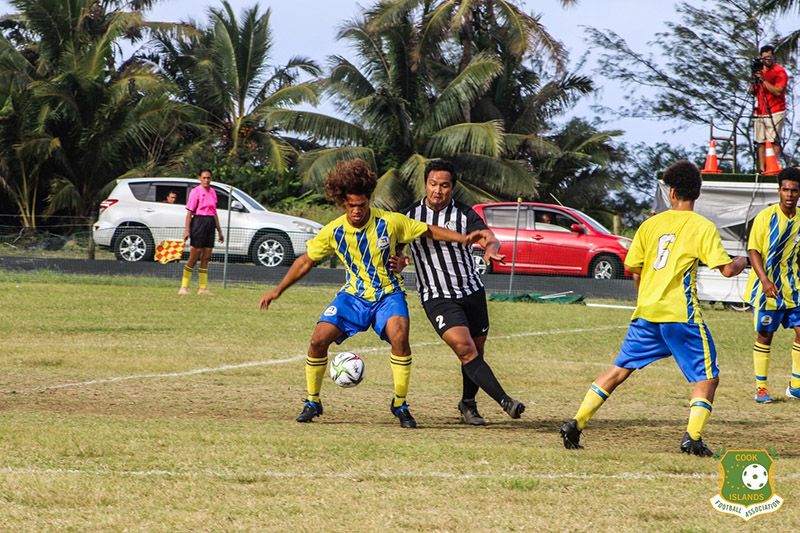 Giantkillers Avatiu were unable to replicate their upset causing performance against Tupapa in the Tower Insurance premier men’s match at Matavera Sports Field on Saturday.

Tupapa Maraerenga FC overcame a stubborn Avatiu 2-0 to remain on track in their title defence campaign.

The Avatiu premier men’s team fought well and hard, gaining touches and given many chances at goal but an early goal from Tupapa spoiled the momentum they created. A corner kick from Anthony Samuela in the first 15 minutes, found the boots of Rambo Chagomoka who put Tupapa up by a goal.

Both teams’ defensive units made huge impact in their game, with young Avatiu talent Oscar Wichman and Vince Reupena keeping Tupapa’s Grover Harmon and Campbell Best at bay. Avatiu held strong in preventing any more chances at goal in the first half.

For Tupapa, Dave Milanovic stood rock solid in defence, sending back any balls that reached their half and putting all efforts in preventing Avatiu’s young striker Silas Trego and midfielder Tini Maruhi from advancing past the 18-yard box.

In the second half, Avatiu struggled to keep possession and Tupapa capitalised by scoring their second goal to win 2-0.

In the Islander senior women’s division, the Tupapa Maraerenga women’s team were challenged by Avatiu, with no goals scored in the first half.

A slip up by Avatiu defence allowed Tupapa to score the opener before they scored two more to win 3-0.

In the other Islander women’s match, the Matavera women’s team took their winning spirit from their catch-up match last week, beating Titikaveka 2-0 while on Thursday, Nikao Sokattak and Puaikura’s match ended in a stalemate.