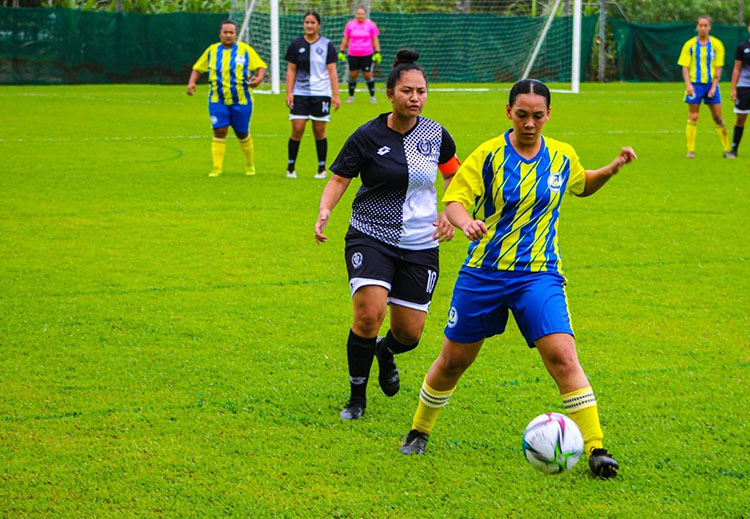 Titikaveka and Avatiu will be battling for much needed points in the Islander Senior Women’s match at CIFA Complex in Matavera this afternoon.

The match will kick off at 5pm. Prior to the women’s match, the BSP U15 Boys battle between the two clubs will take place, starting at 4pm.

Titikaveka women’s will look to improve their position in the Round Cup Competition standings and redeem themselves after an unfavourable result in the weekend. The side went down to Tupapa Maraerenga 0-3 on Saturday.

However they will have to battle tooth and nail for the maximum match points as Avatiu’s senior women will be confident heading into today’s match after their draw with last year’s Round Cup Champions Puaikura 1-all last weekend.

With the pressure mounting on both teams, they are sure to come out today with determination to put away any chances and come away with a win.

The two clubs will meet again in the Tower Insurance premier men’s game tomorrow starting at 5pm at CIFA Complex.

Based on Titikaveka and Avatiu’s recent form, this match should be evenly contested and one not to be missed.

Both have had good performances against previous opponents; however, they need the maximum three points to better their chances of winning the title.

Supporters for Avatiu and Titikaveka are being urged to come out in numbers to cheer on their clubs as they battle it out today.

Don’t forget to bring your CookSafe tag in card with you, or you can sign in manually before entering the complex.