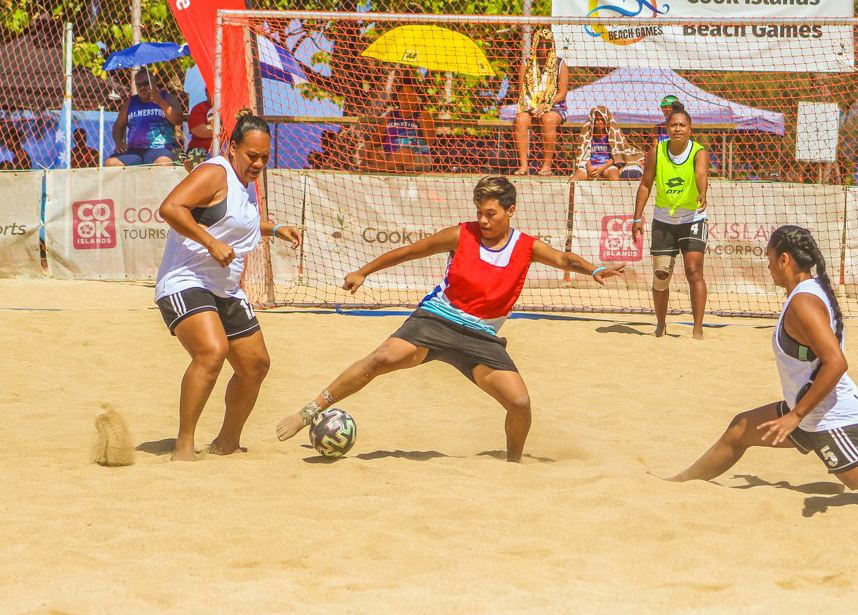 Black Wolves and Ladies in Black are the top bets in the inaugural Cook Islands Football Association beach soccer competition.

The first match will start at 3.50pm with seven games to be played this weekend. The matches will be played on Wednesday and Saturday afternoon over a four-week period for the month of February.

Eight open men’s and six open women’s teams have been confirmed for the competition.

The registered men’s and women’s teams will get a chance to play against each other as the competition will be run in a round robin format rather than splitting teams into pools.

The two teams to look out for will be the Black Wolves open men’s and the Ladies in Black open women’s team.

Other teams from the Beach Games will also be rejoining this competition, they are PFC Galz and Guys, Wantoks and MC Stallions.

With the winning prize money of $1000 up for grabs for first place, there is no doubt that teams will be battling tooth and nail in order to win the main prize as well as earning the bragging rights of Cook Islands’ beach soccer champions.

“Can the Black Wolves and Ladies in Black retain their Beach Games title and carry on their victory streak in this competition? Or will there be a change in momentum for another team to take the title for the CIFA 2021 Beach Soccer Champions? Come on down to the Nikao beach courts every Wednesday and Saturday for the month of February to find out,” said Cook Islands Football Association.