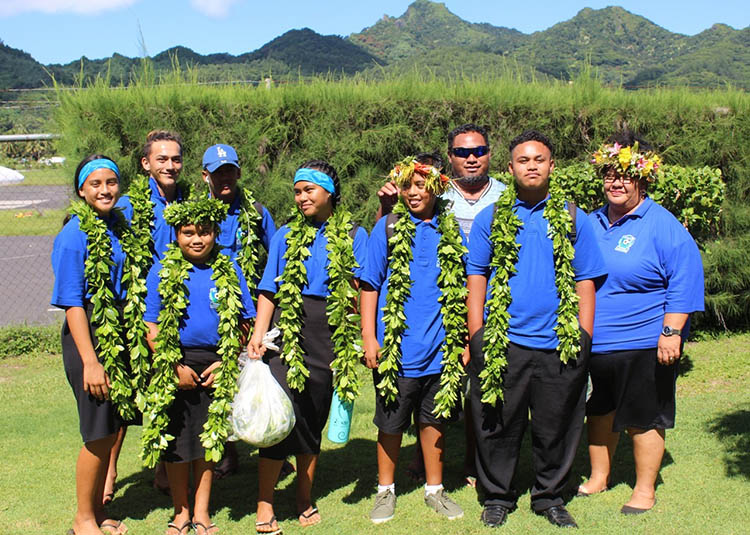 Team Mauke’s first lot of players and officials to arrive on Tuesday. 21042815

The third edition of the Kia Orana Youth Football Festival is set to kick off this Saturday.

The festival will feature four divisions from U15 Boys and Under 15 Girls, along with the latest inclusion of the Under 18 men and women in this year’s competition.

Mangaia was the first outer island to arrive in Rarotonga followed by Mauke, then Atiu.

Each team have already expressed how excited they are for this year’s tournament. They are doing their final touch ups at Tupapa field.

According to the coaches from all three islands, they have come down ready to compete in the weeklong tournament to represent their island and to develop their young players.

With only Aitutaki and Mitiaro left to arrive, they have made it clear that they are prepared for the battles to come but have also encouraged their players to have fun and to play fair.

Don’t miss your chance to cheer on and represent your island with pride in this year’s football festival.