Nikao Sokattak on the rise 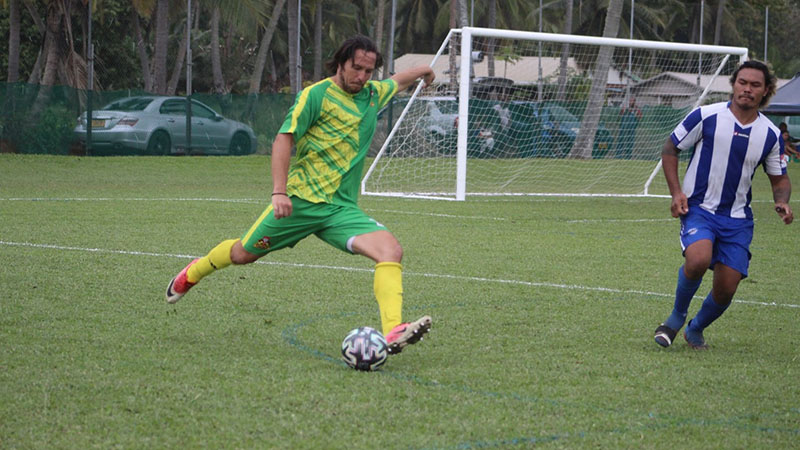 Tupapa Maraerenga and Puaikura maintain their lead in the premier men’s and senior women’s football competition.

Nikao Sokattak premier men’s side scored two first half goals to record a convincing 3-1 win against Titikaveka in round 12 clash at CIFA Complex on Saturday.

Titikaveka responded immediately to cushion the deficit to 1-2.  Both sides had good spells of possession with some half chances which went mostly in Nikao Sokattak’s favour.

Wasting no time in the second spell, Nikao’s strikers and midfielders showed neat footwork in the box before getting their third goal.

Titikaveka fought hard but were unable to get the ball past the Nikao goalkeeper. Nikao, spurred by their fans, maintained their tireless effort and were rewarded with the 3-1 win.

In the other premier men’s division match, Matavera gave Puaikura FC a good run for their money on Friday.

The two teams were tied 2-all in the final quarter of the match with Matavera high on the attack, ready to take down their western rivals. But the experienced Puaikura did not give up the fight and scored two goals in the final 10 minutes to win the match 4-2.

In the women’s competition, Puaikura remains unbeaten after overcoming Matavera 2-1 on Friday.